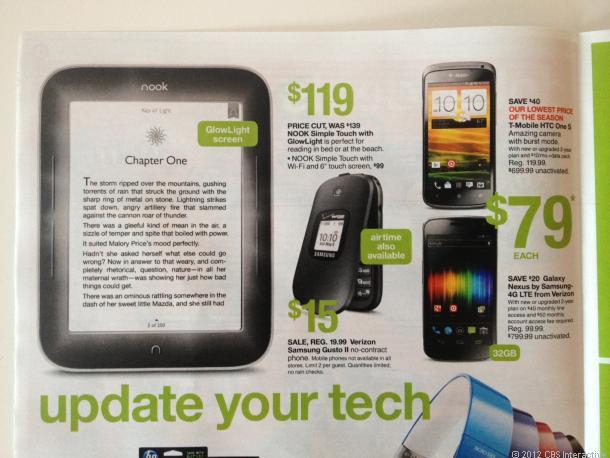 The Kobo Glo is hitting the store shelves in a few days and the new Kindle Paperwhite is due to be released later in October. This puts Barnes and Noble in the unique position of being the only company currently offering an e-reader that lets you read in the dark. When B&N announced its new Nook HD lineup a last week, it was silent about any possible refreshing in the e-ink reader lineup. In order to compete against the new devices, they are drastically reducing the price on the Nook Simple Touch With Glowlight to $119 at Target and Walmart Stores on Monday. This saves you around $20 off of the cover price, but there is no word yet if these deals will be available at the Barnes and Noble stores.