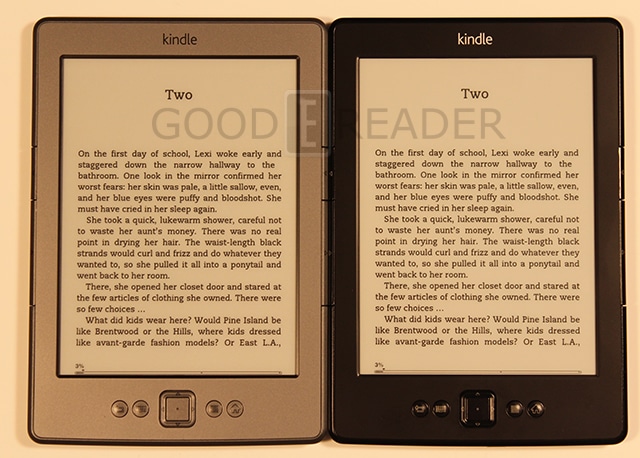 When Amazon unveiled its new Kindle Fire HD line of tablets, one of the things that flew under the radar was the revised Kindle 4th generation e-reader. The latest model features an all black design and the original was silver. One of the hype factors with the 2012 edition was 15% faster page turns and darker fonts. We pit these two against each other to see if the new features are noticeable or not.

The Kindle 4th generation features a six ink e-ink Pearl display with a resolution of 600×800 pixels. It has 167 PPI and 16 levels of greyscale, which is on par with prior models of the Kindle device. It has 2 GB of internal memory, but only 1.25 GB of that is available to load your own content. There is no expandable memory via SD or MicroSD. Battery life is fairly solid with the lifespan totaling around 4 weeks and it only takes 4 hours to charge. You charge the device via the MicroUSB port that is on the device. You also use this port to load your own content, such as books and pictures.