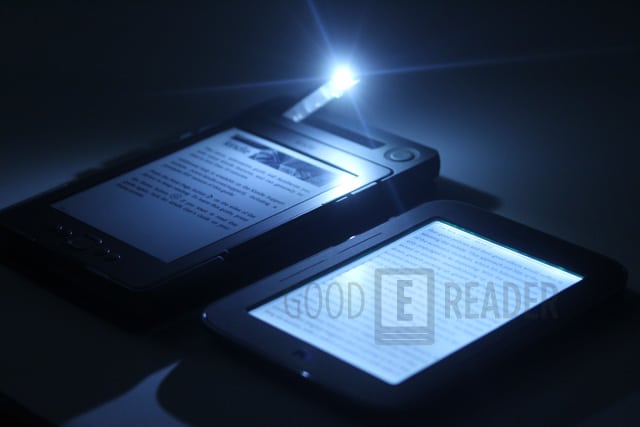 Barnes and Noble’s Nook Simple Touch with Glowlight, during its first few months of release, suffered from massive stock level problems. Most stores we talked to all over the USA were only getting six units a week and most were allocated for people who ordered them online or pre-ordered them. Even a full month and a half later, stock levels were suffering from hardly any units being shipped to the stores. This problem seems to finally be remedied. As of this week, it seems that most stores are receiving 10-15 units every shipment and casual customers can now easily purchase them.

The Nook Simple Touch with Glowlight is the first e-reader in the world to utilize LED lights on the bezel. It illuminates the entire screen during low-light conditions, something any other e-ink based screen cannot do. We actually conducted some really thorough nighttime reading tests that compare the glowing screen to book-lights, Solarfocus cases, and other e-reader accessories, and our opinion is that the Glowlight is the best.