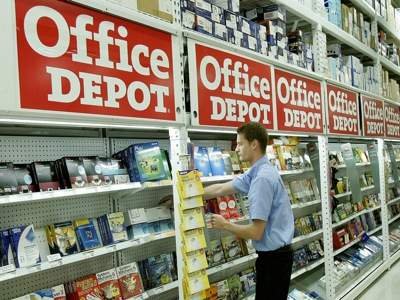 If you don’t have a Barnes and Noble in your neck of the woods and are looking to get your hands on one of the most affordable e-readers on the market, Office Depot has you covered. The company announced it will begin carrying the $199 tablet starting today.

The Nook Tablet 8GB model is the companies answer to the Kindle Fire and Kobo Vox that both retail for $199. The Nook Tablet can only be priced at this point due to the fact it lowered the internal memory from 16 GB to 8 and halved the RAM to a current 512 MB.

“The introduction of the Barnes & Noble NOOK Tablet and NOOK Simple Touch eReaders at Office Depot further bolsters our mission to provide our customers with the most cutting-edge products in the marketplace,” said Farla Efros, Executive Vice President and Chief Merchandising Officer for Office Depot. “We are pleased to be expanding our tablet and eReader portfolio with offerings that are at the top of our customers’ lists.”

Office Depot currently stocks both versions of the Nook Tablet and also the Nook Simple Touch Reader. It is only USA based locations that are carrying the devices and Canada of course is left out.