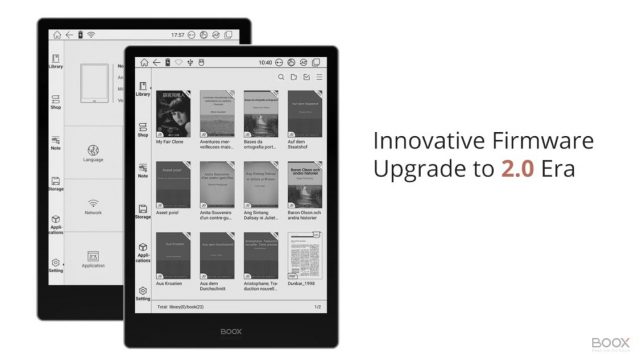 Onyx Boox has just released their firmware 2.0 update for all modern e-readers. This includes a vastly improved UI and hundreds of fixes to enhance user experience. It can be downloaded as an over the air update with WIFI turned on and it is also available as a manual download from the Onyx website.

There has also been some new features for using the stylus such as select, move, rotate, duplicate, resize, and remove handwritten notes and drawings. They also added a new recognition feature that lets you run searches through your handwritten notes.