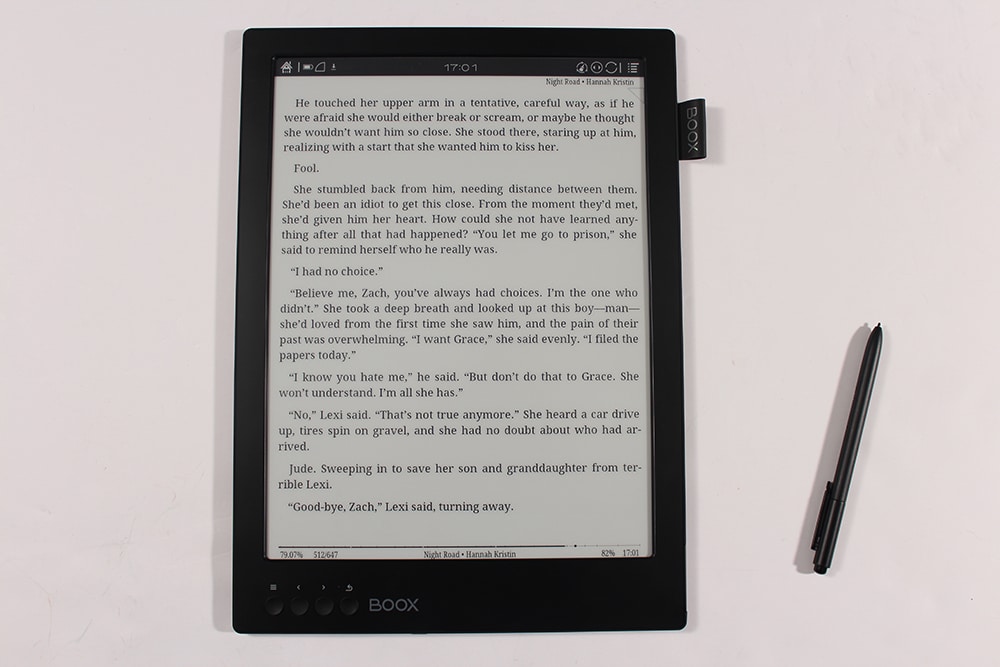 The Onyx Boox Max Carta has garnered a ton of media attention because it offers users more flexibility than the Sony Digital Paper. This device features a giant 13.3 inch display and over 16GB of internal storage. It has Google Play, so you can have a lot of freedom to install your favorite Android apps. Today, we are conducting an unboxing of the Max Carta and you will get a sense on the overall design and what it brings to the table.

The Max Carta features a 13.3 inch E-Ink Carta display with a 2220×1650 and 207 PPI. The screen is not flush with the bezel like the Sony Digital Paper DPT-RP1, but has a sunken one. It is only compatible with the stylus and does not have a touchscreen. Luckily, it has manual page turn buttons that are compatible with the stock e-reader apps that are pre-installed on the e-reader, but the buttons do not work on popular apps such as Kindle, Kobo or Nook.

Underneath the hood is a Freescale IMX6 1GHZ processor, 16GB of internal storage, SD support for up to an additional 32GB and 1GB of RAM. It has WIFI, Bluetooth, 3.5mm headphone jack and a mono speaker on the back.