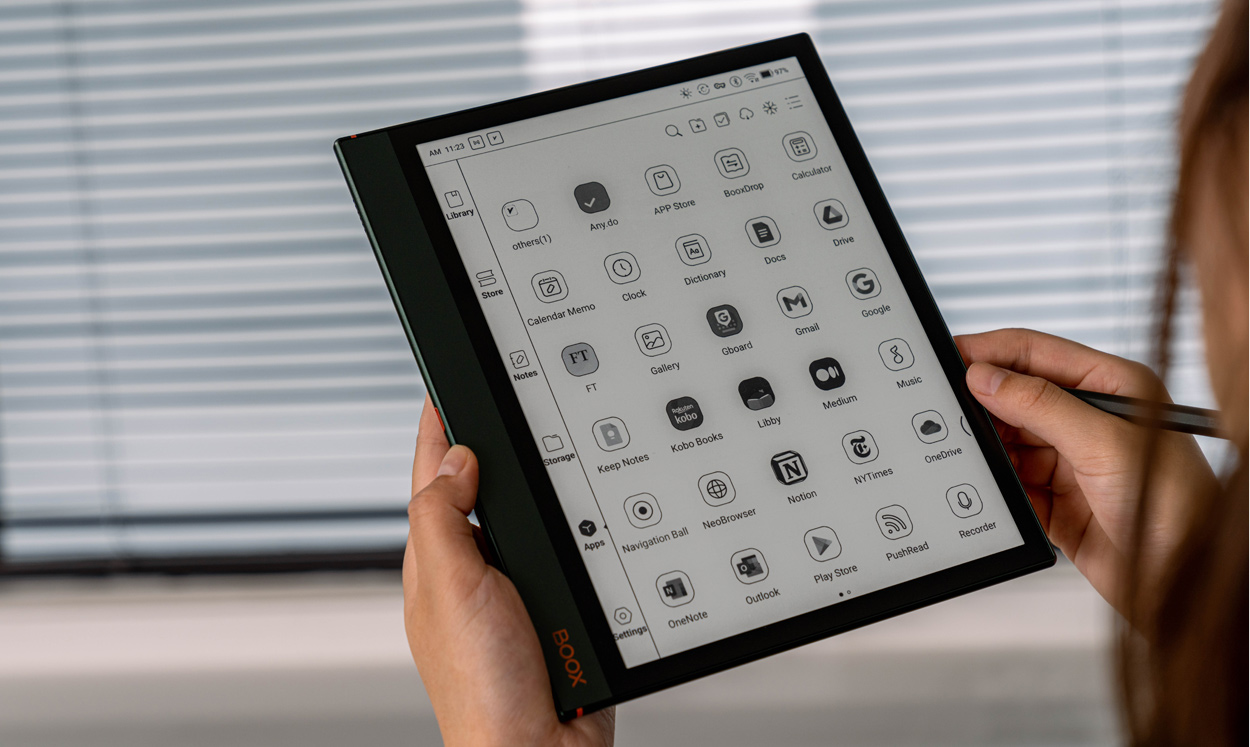 Onyx Boox has just released the Note Air 2 Plus. This 10.3 inch e-note is a modest upgrade from the Note Air 2 that came out last year. It has a larger battery, a faster processer, support for magnetic sleep covers and a new color scheme, which is black and green. This digital note taking device is retailing for $499.99 and is available from the Good e-Reader Store.

The Onyx Boox Note Air 2 Plus features a 10.3 inch E INK Carta HD display with a with flat cover-lens. The resolution is 1872×1404 with 227 PPI. It has a series of white and amber LED lights that are positioned alongside the bezel and project light evenly across the screen. There is a new color scheme, which is green and black, which really stands out in a crowd.

Underneath the hood is a Qualcomm Snapdragon octa-core processor, 4GB of RAM and 64 GB of internal storage. There is WIFI, Bluetooth 5.0, USB-C, a single speaker, a microphone, G-Sensor and is powered by a 3700 mAh battery. On the software side of things, it has Google Android 11 and has Google Play as an optional download. The default reading app supports PDF, EPUB, TXT, RTF, HTML, CHM, DOC, FB2 and supports myriad of audio and picture formats.

You are going to want to buy this to take notes and make annointatins in PDF files, ebooks or to use the advanced drawing app to freehand draw. It ships with the Onyx Pen 2 Plus stylus, which was designed last year and is a really nice stylus, better than the ones Onyx used to make.