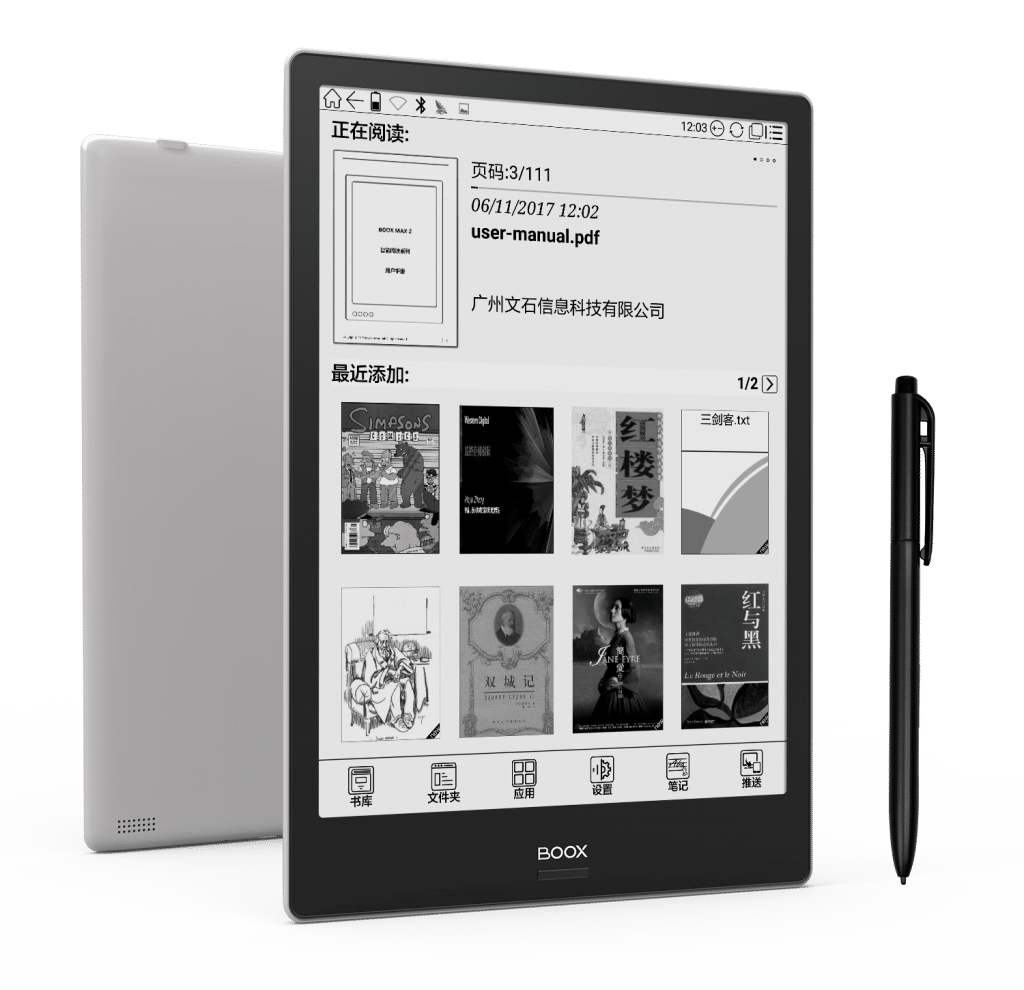 Onyx Boox has just released a new e-reader in China called the Boox Note+. This device is very similar to the Boox Note that came out at the beginning of this year. The main difference is that the screen is flush with the bezel and is made of glass. Some people like to take notes on a glass based screen because it will not scratch, so you can press really hard with the stylus.

The Onyx Boox Note+ features a 10.3 e-reader with a flexible E-ink Carta display. It has a resolution of 1872×1404 and 227 PPI. It has a glass based layer to be scratch resistant and also a electromagnetic handwriting (WACOM electromagnetic) layer for stylus support. There is no stylus holder on the device, so make sure you do not lose it.

Overall the Note has a very slim profile and weighs less than 350 grams. You can hold it with one hand without any troubles. There is a dedicated home button on the front of the Note and no others, whereas the MAX2 has two other buttons beside the home, which is used for turning the pages of ebooks or accessing other features.

Underneath the hood is a 1.6GHZ quad core processor, 2GB of RAM, dual speakers, mic, Bluetooth and USB C. It is also running Android 6.0 and a new firmware update will fix the Google Play issue that was plaguing other models. The entire software experience is utterly amazing, apps instantly load and drawing has minimal latency.

The Note+ is going to be $30 more than the original Note, which is worth it if you want a flush screen and bezel and a glass based display. It is currently available right now on the Onyx site in China, no word if it will be released internationally.

Onyx also is going to be releasing a new e-reader in early September called the Note Lite. There is no  product page for it yet, but basically it will be $100 cheaper than the Note or Note+ because it has no stylus support, only a capacitive touchscreen. It was designed for people who just want a large screen e-reader.