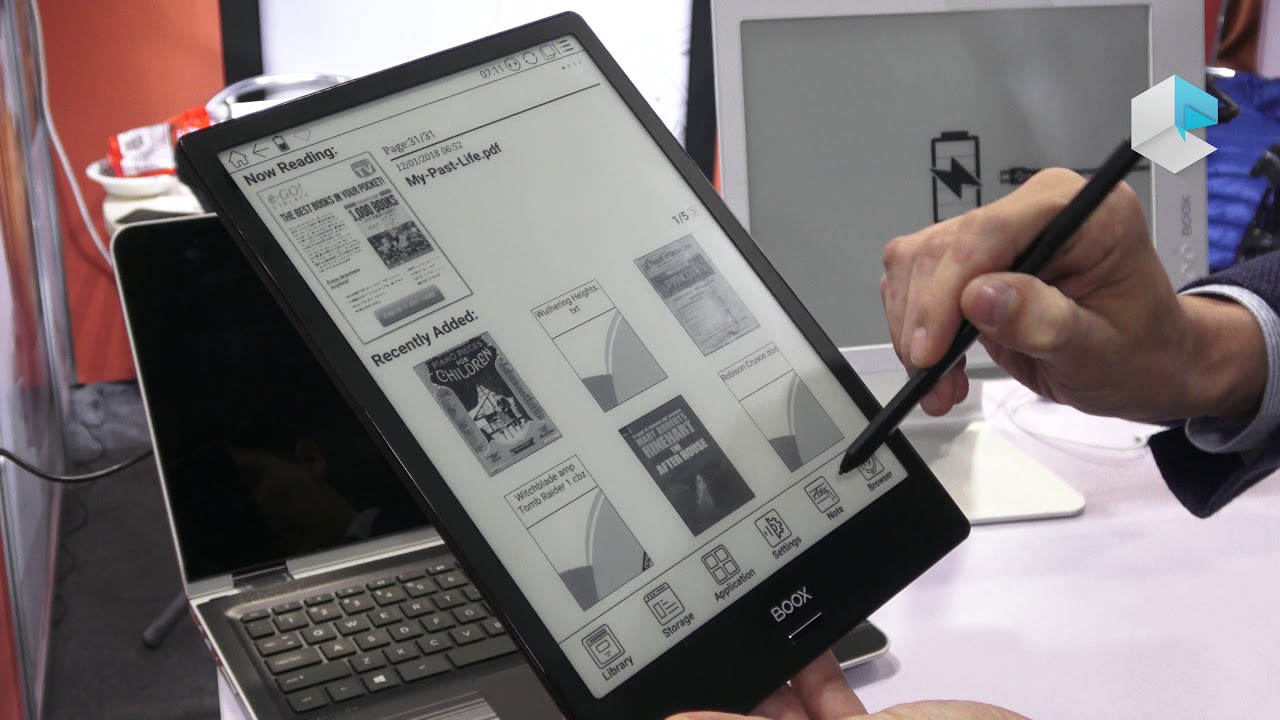 The Note PRO  features a 10.3 inch E-ink Mobius and Carta display and a resolution of 1872×1404 and 227 PPI. It has a WACOM screen for the stylus and a capacitive touchscreen for interactions involving swipes and gestures.  The PRO will also feature the same glass based display as the Note Plus, so the screen will not get damaged no matter how hard you press on the stylus, and doesn’t really need a screen protector.

Underneath the hood is a 1.6GHZ quad core processor, 4GB of RAM, 64GB of storage, dual speakers, mic, Bluetooth 4.0, USB C and WIFI. Onyx was the first e-reader company to employ a quad processor and it dramatically increases the performance of navigating around the device, surfing the internet, turning the pages of a book or using Android apps.

The big selling point of the Note Pro, is that it has a color temperature system and a front-lit display, so you can finally use it at night or in low light conditions. The cost of the Note PRO is $599. 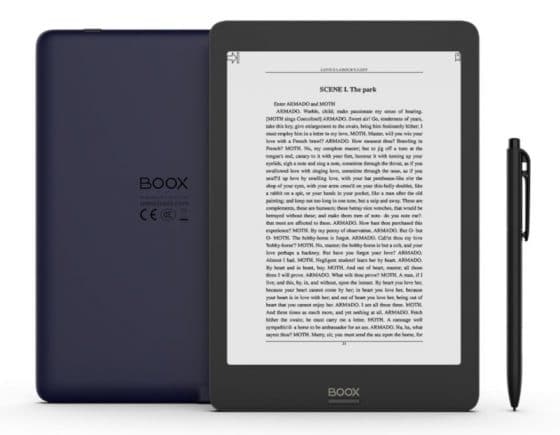 The Nova Pro features a 7.8 E-Ink Carta HD screen with a resolution of 1872×1404 and 300PPI. The screen is completely flush with the bezel. Underneath the hood is a 1.6GHZ quad core processor, which is the same one that the Onyx Boox Nova employs. There is 32GB of storage, 2GB of RAM, USB-C, 2800 mAh battery and Android 6.0. You will be able to read in the dark via the frontlit display and it also has a color temperature system.

The big selling points of the Nova PRO is that it will be a digital note taking device. It will have a WACOM screen and come with a stylus. There will be a digital note taking app and functionality to edit PDF files. This in in addition to the capacitive touchscreen display for swipes and gestures. The cost of the Nova PRO is $299 and ships on March 8th.