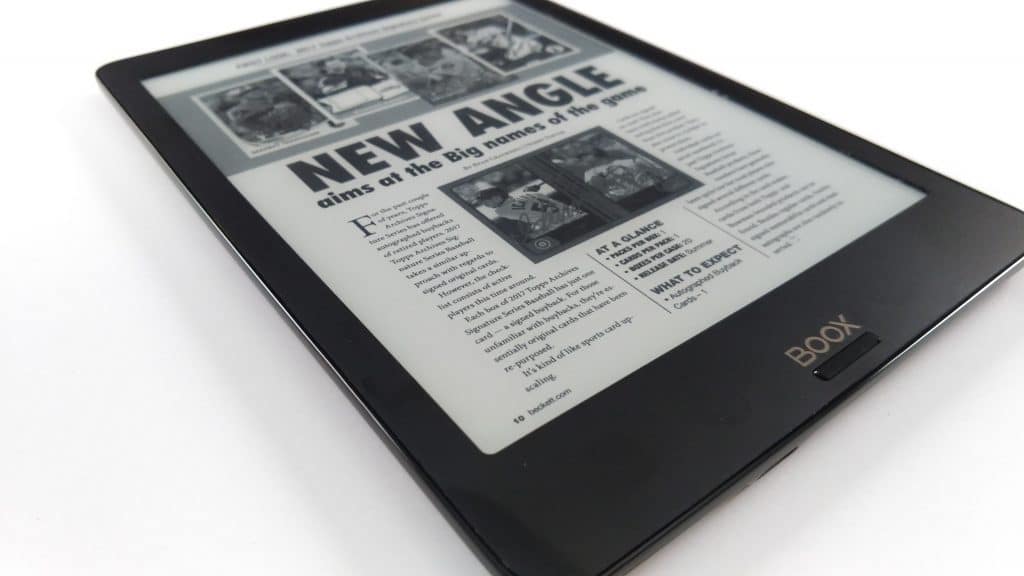 The Onyx Boox Nova came out around six months ago and the product is officially discontinued. Various Onyx distributors still have Onyx Novas in stock, but once they are sold out, no more Novas will be manufactured.

The Nova is the third e-reader to be discontinued this year. The MAX2 Pro was the first and it was put out to pasture in late March and the Onyx Boox Note S was abandoned in January.

The Nova was one of Onyx’s most popular e-readers of 2018 and it featured a giant  7.8 inch E-Ink Carta HD screen with a resolution of 1872×1404 and 300PPI. It has a color temperature system so you can read in the dark. The display is not as good as the Kobo Forma, but it does have a big advantage over the Oasis.

There is no flush screen and bezel on the Nova and it is not waterproof or dustproof. It has a USB-C port to charge the 2800 mAh battery or transfer ebooks. There is a power button on the top and status indicator light. There are no manual page turn buttons, but there is a simple home button on the bottom of the screen.

Underneath the hood is a 1.6GHZ quad core processor. There is 32GB of storage, but there is no SD card to increase the storage further. There is 2GB of RAM, so in conjunction with the processor it will handle most apps with ease. Speaking of apps, the Nova is running Android 6.0, so it is compatible with almost every major app out there, such as Goodreads, Overdrive or Kindle. It also has a color temperature system and front-lit display.