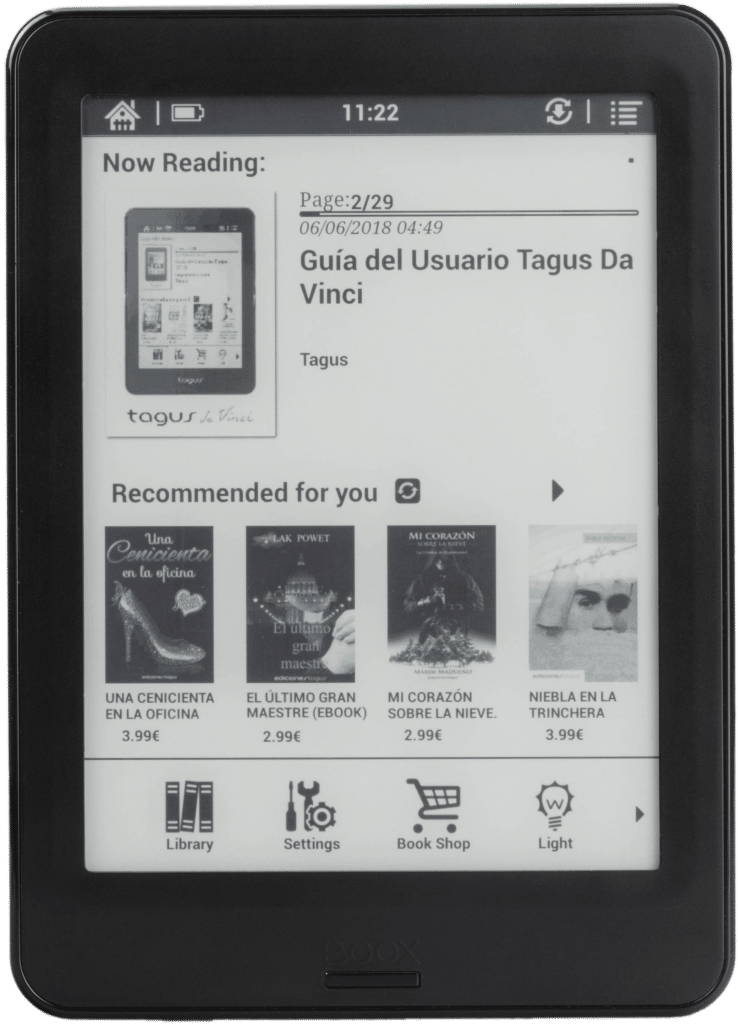 Onyx Boox has confirmed with Good e-Reader that the world’s first six inch quad-core e-reader will be available sometime in November. This device features 6 inch E-Ink Carta HD display with a resolution of 1072×1448 with 300 PPI. Underneath the hood is a 1.2 GHZ quad core processor, 1GB of RAM, 8GB of internal storage, 2500 mAh battery, USB-C and according to the 2019 Onyx Boox catalog it says it is running Android 4.4. It has a front-lit display and a color temperature system. It is unknown if they are using RED LED lights to produce a candlelight effect, or if they are using blue ones.

It will have Google Play, so users will be able to install paid and free apps. There is no word on pricing yet, but I should know more this weekend. This device will be available from the Good e-Reader Store and Amazon.