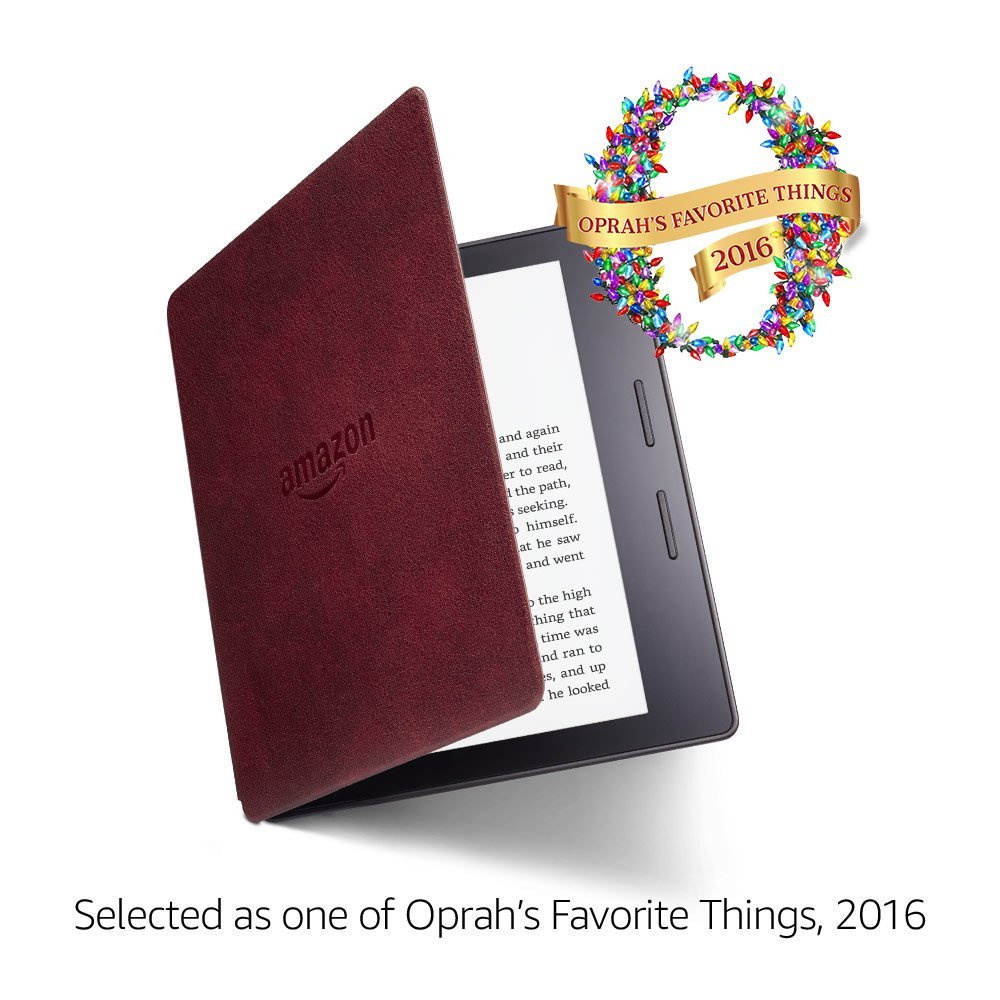 The Oprah effect can catapult a book to the top of the New York Times Bestseller List, but can it do the same thing for an e-reader? Oprah has just released her favorite things list of 2016 and has selected the Amazon Kindle Oasis as the best e-reader of the year. “I’m always looking for a reading oasis, and now I can find one wherever I go. The latest Kindle is practically pocket-size! It’s also lighter than air, thinner than ever, and equipped with a leather charging cover.”

The Kindle Oasis is the most expensive e-reader that Amazon has ever released in the modern era. It currently retails for $290 and has never received a price drop or a promotion to drive down the cost. The Kindle Basic, Paperwhite 3 and Voyage regularly are discounted on major holidays, including Black Friday.

Will casual readers embrace the Oasis now that Oprah has recommended it? In the modern world her endorsement still carries lots of power.