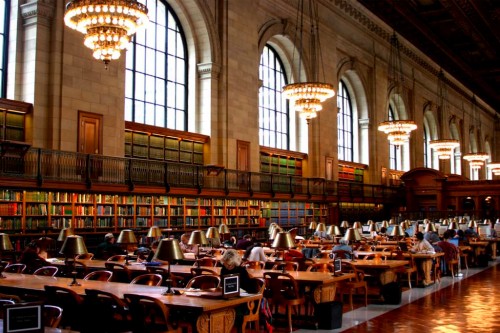 At the 2011 American Library Association Conference going on now in New Orleans, participants eagerly awaited the demonstrations on new launches of two key players in ebook lending, OverDrive and 3M Library Systems. Both companies were staged to introduce new technology in ebook library lending, and conference attendees were not disappointed.

While OverDrive has had a hand in library services for some time now, the recent news was the updates to its lending service. Up until now, lending libraries maintained a one book-one user format, in which an ebook was borrowed just like any other print book. When it’s gone, it’s gone. Patrons could sign up to borrow the ebook, but had to wait for it to be returned, just like other books. This model didn’t make much sense in a world of instant downloads, and OverDrive introduced its Always Available content at this event. Operating as OverDrive WIN, it has brought a select list of first ever DRM-free titles and multi-user books to library systems.

Meanwhile, 3M unveiled its new library service, complete with 3M e-reader devices that will be available for patron check-out, 3M apps, and the Discovery Terminal, a free-standing inside-library kiosk that lets patrons browse titles via a touch screen. This terminal boasts an ease of use that sets the bar higher than OverDrive ever could have hoped, a must for some library patrons.

Unfortunately, 3M is a little late to the game when it comes to competing with OverDrive. 3M’s catalog of titles is impressive at just over (CORRECTION: I have just received word from a spokesperson at 3M that their catalog of titles actually includes over 30,000 works), but doesn’t hold a candle to the almost 500,000 titles in OverDrive’s catalog. And now that OverDrive has introduced the multi-user book borrowing system, essentially eliminating the waiting game for ebooks, 3M may have to work that much harder to keep up.

One interesting piece of news is OverDrive’s announcement that their ebooks are compatible with almost any e-reader device, taking special care to list Nook, tablets, Android and iOs platform devices, and more. So where was Amazon’s best-selling Kindle device?

According to Library Journal’s David Rapp, in a pre-conference coverage article dated only a month ago, “OverDrive and Amazon recently announced that OverDrive titles will be readable on Kindles later this year.” Michael Kelley, also from Library Journal, wrote in an article dated April 20, 2011, that Kindle’s upcoming compatibility with OverDrive’s library of books will be “seamless.” Again, are these more teasing hints about Amazon’s rumored adoption of EPUB3?

One thing that was definitely not mere speculation was the positive reactions for both companies’ new projects by those in attendance, especially librarians from both public and academic settings. While some felt like the browsing could be a little cumbersome at times, the general consensus was that library patrons would be pleased overall with the ability to search through titles. Another highly praised feature offered by both models was the user-driven acquisition, in which a title will automatically be purchased if a pre-determined number of patrons request it, alleviating some of the burden for ordering new content. Finally, many librarians in attendance were particularly pleased with the newly added ability through OverDrive to indicate upfront which e-reader device a patron uses so that only compatible titles were displayed during browsing, streamlining the search and check-out process.

While test runs of both OverDrive WIN and Discovery Terminal will begin as early as next month, the consensus from the crowded convention floor was very positive and time will tell if the actual trial runs hold up to the excitement from ALA.