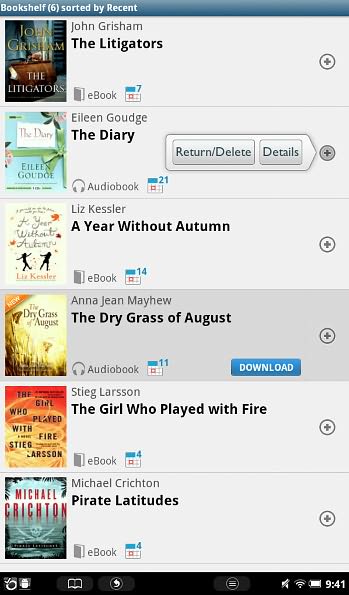 Over a year ago Barnes and Noble limited the ability to load in your own apps into the entire range of tablets. There are no options to allow apps to be installed from “unknown” sources and the only way to get new content is from the official App Store that B&N runs. The inability to install your own apps from the internet severely hampered people from running programs like this one. With the debut of the official Overdrive app being released, it is now easier than ever to borrow and return books all within a singular app.

What do you need to get started? You need to make sure that your local library branch currently does business with Overdrive. You need a card number and a four digit PIN code to borrow ebooks and audiobooks online. After that, just download the app HERE from Barnes and Noble and get reading.