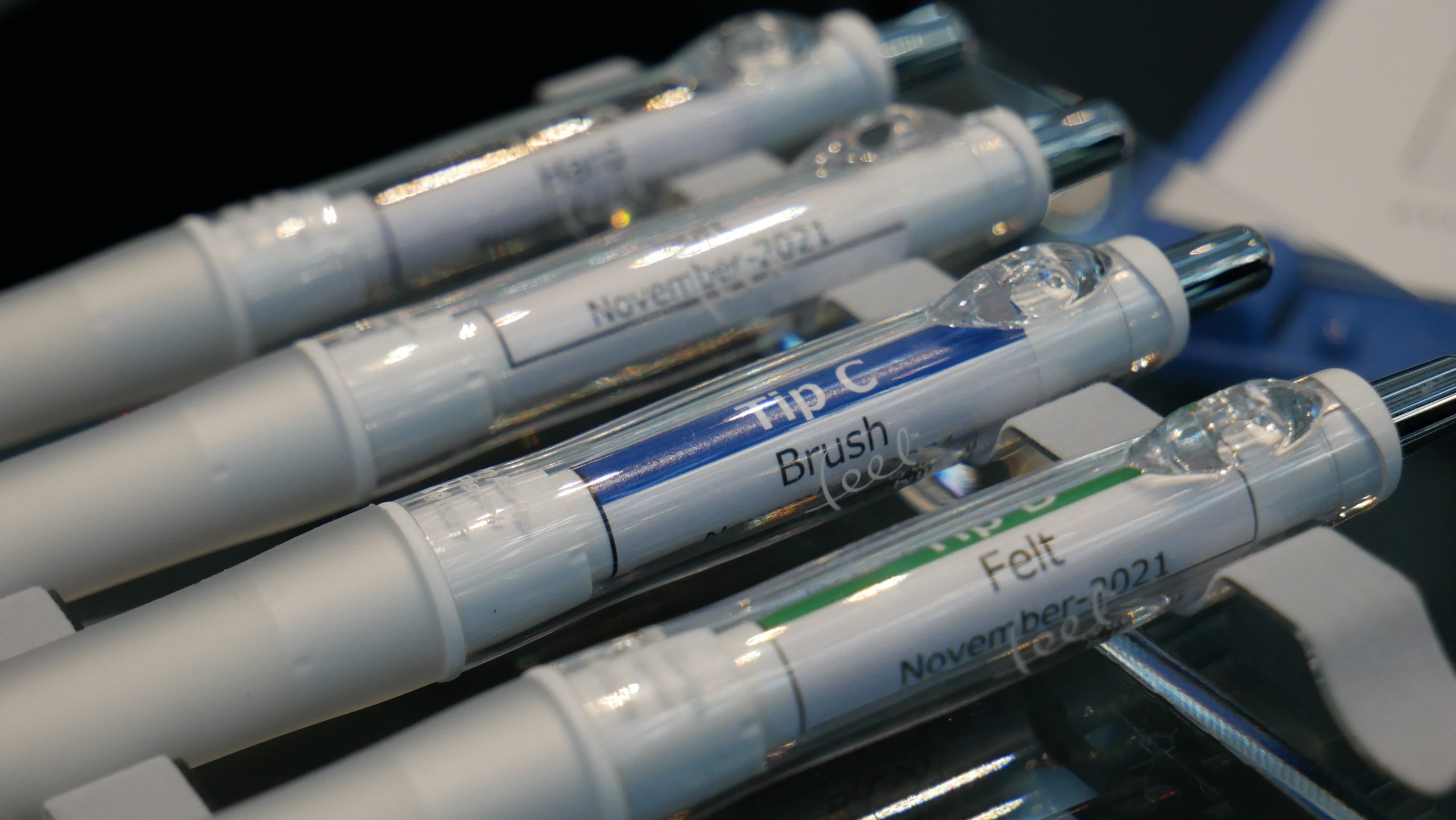 Pilot has been making stationary for a very long time and they are getting into making digital styluses that are compatible with WACOM screens. The Dr. Grip Digital are a series of new pens that will be released sometime next year. They come in four different colors and they come with a bunch of nibs, that will get the job done, such as Hard, Soft, Brush, and Felt. When you click the top of the pen, the nib retracks inwards and when you click it again the nib juts out. This is the first time that a dedicated EMR stylus, looks and feels like a real pen.

Most digital stylus are made of cheap plastic and does not have much grip. The new Pilot pen is totally different. They have a soft grip where you would hold onto the pen and underneath that is a series of gradient colors. The pen tips will be sold separately, for those of you that want to swap out nibs on the fly. If you don’t want to have to do this, you can buy one stylus with each nib type.

There is no release date or cost.