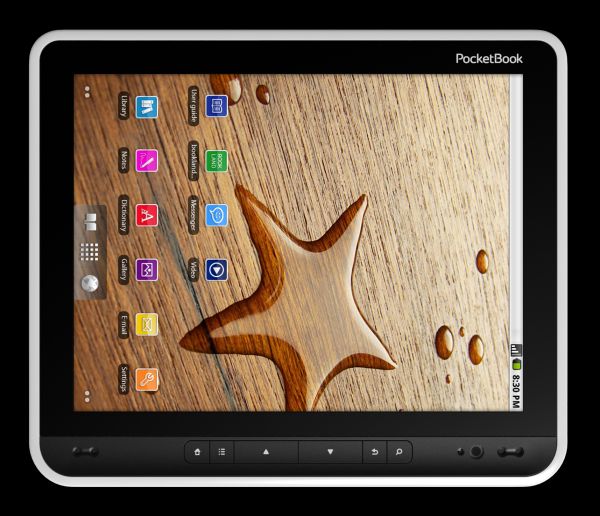 Pocketbook has launched their second Android Tablet, which is a follow up to the Pocketbook IQ 701. Today at IFA the company unveiled the new Pocketbook A10 Android powered tablet.

The Pocketbook A10 is a 10 inch TFT-LCD based device with a resolution of 1024×768 pixels. The new tablet is running Google Android 2.3.3 as the base operating system and will support multi-touch gestures.

The device chasis has zoom, page turns, home, and many other buttons and like all Pocketbook devices is an e-Reader first and foremost. You will be able to connect to the Bookland application to download free open source books. The device will support many different languages and will come bundled with over 1,000 books.

The Pocektbook A10 is due out this October in Europe and Russia for around $400. There is no word yet when it will hit Canada and the USA but I gather it will be more towards the end of the year.