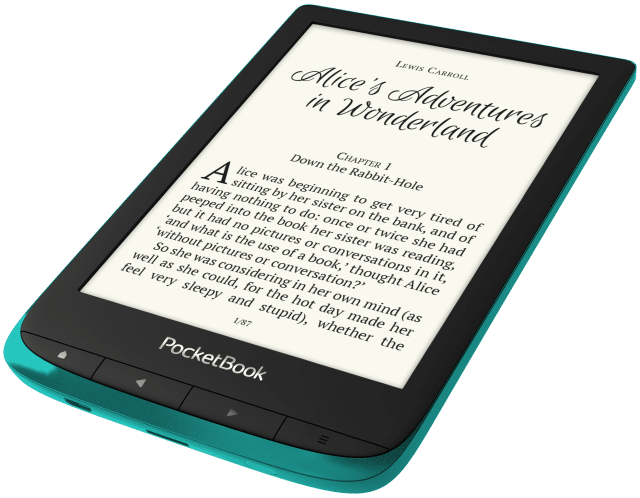 Pocketbook has just announced two new e-readers that will be available sometime in the next month or two. The Pocketbook Touch Lux 4 is one of their flagship e-readers and has a new front-lit display that is better than previous models. The Basic Lux 2 is similar to the entry level Amazon Kindle Basic. 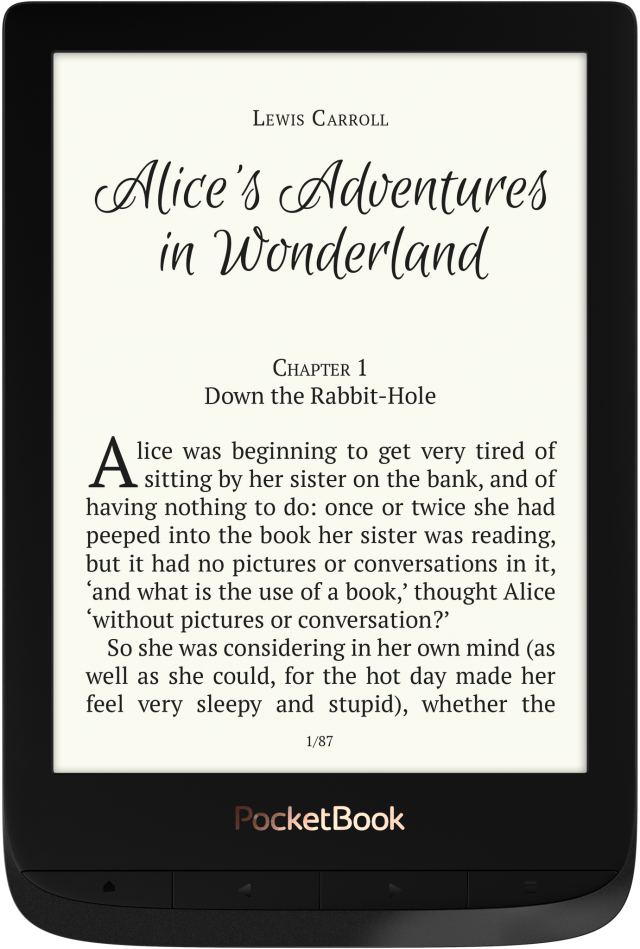 The Pocketbook Touch Lux 4 features a six inch E Ink Carta display with a resolution of 1024×758 and uses a capacitive touchscreen. It has a new front-lit display, packing in more LED lights than previous models due to the color temperature system. Pocketbook told me that the Lux 4 features the same design as the InkPad 3.

Underneath the hood is a Freescale/NXP 1GHZ single core processor, 512MB of RAM and 8GB of internal storage. There is a MICROSD support for an additional 32GB of storage. If you max out the SD, you should have room for over 3,000 ebooks.

PocketBook Touch Lux 4 supports 17 book formats and 4 graphic formats, such as JPEG, BMP, PNG, TIFF. The built-in Wifi together with the PocketBook Cloud, Dropbox PocketBook and Send-to-PocketBook services allow easy delivery of e-content onto the e-reader without connecting it to a PC. The preinstalled Abbyy Lingvo dictionaries offer 24 language combinations for reading books in foreign languages.

The new PocketBook Touch Lux 4 is available in obsidian black, matte silver and emerald colours. It weighs 155 g and dimensions are 161.3 × 108 × 8 mm. It has a 1500 mAh battery, so it should last two to three weeks of constant use.

This e-reader will be available next week or so and it will retail for 119 EUR. 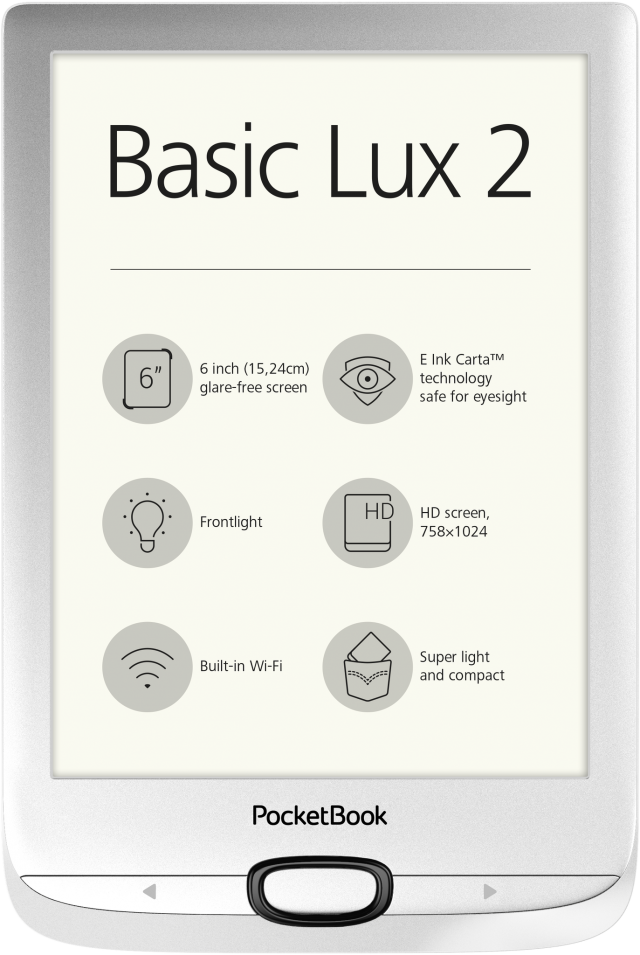 The Pocketbook Basic Lux 2 does not have a capacitive touchscreen display, everything is controlled via the D-Pad. This device is six inches and uses a E Ink Carta screen with a resolution of 1024×758. You can read at night via the front-lit display, but it has less LED’s than the Lux 4.

Underneath the hood is a Freescale 1GHZ processor, 512MB of RAM, 8GB of internal storage and a SD card capable of an additional 32GB of storage. The built-in Wifi together with the PocketBook Cloud, Dropbox PocketBook and Send-to-PocketBook services give convenient opportunities to deliver any e-content to the device without having connection to a PC. The e-reader supports 17 book and 4 graphic formats, such as JPEG, BMP, PNG, TIFF, without conversion. The preinstalled dictionaries offer two language combinations to read books in foreign languages.

I really dig the design of the Basic Lux 2, it is small and has a single home button, it looks like a smartphone and there are two manual page turn buttons beside it. What looks like the home button is actually a D-Pad, this is used to navigate around the UI. The e-reader is available in obsidian black and matte silver colours. It weighs 155G and dimensions are 161.3 × 108 × 8 mm.

The Basic Lux 2 should be available in a week or two and will retail for 85 EUR.