You are here: Home / e-Reader News / Pocketbook Announces the InkPad 2 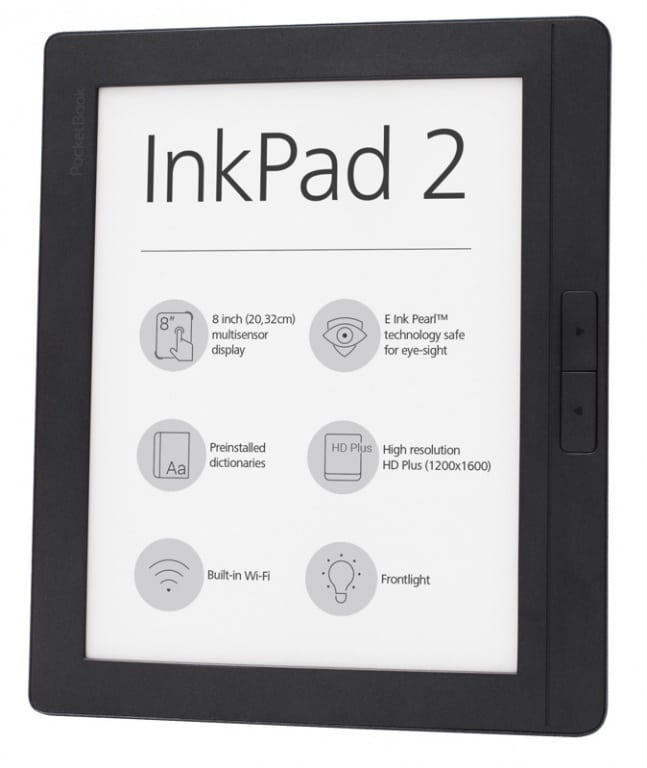 The Pocketbook InkPad 2 is a new e-reader that was just announced today. This device features an 8 inch touchscreen display with a resolution of 1,200 x 1,600 pixels. It has a front-lit display and physical page turn buttons.

The InkPad 2 is powered by a 1 GHz processor and 512 MB ​​RAM. There is 4 GB of internal memory, but you can expand it up to 32 GB via the Micro SD. I think people are going to be attracted that this e-reader has a 3.5mm headphone jack, so you can listen to audiobooks and music.

This e-reader will be available in the near future for $199 Euros.