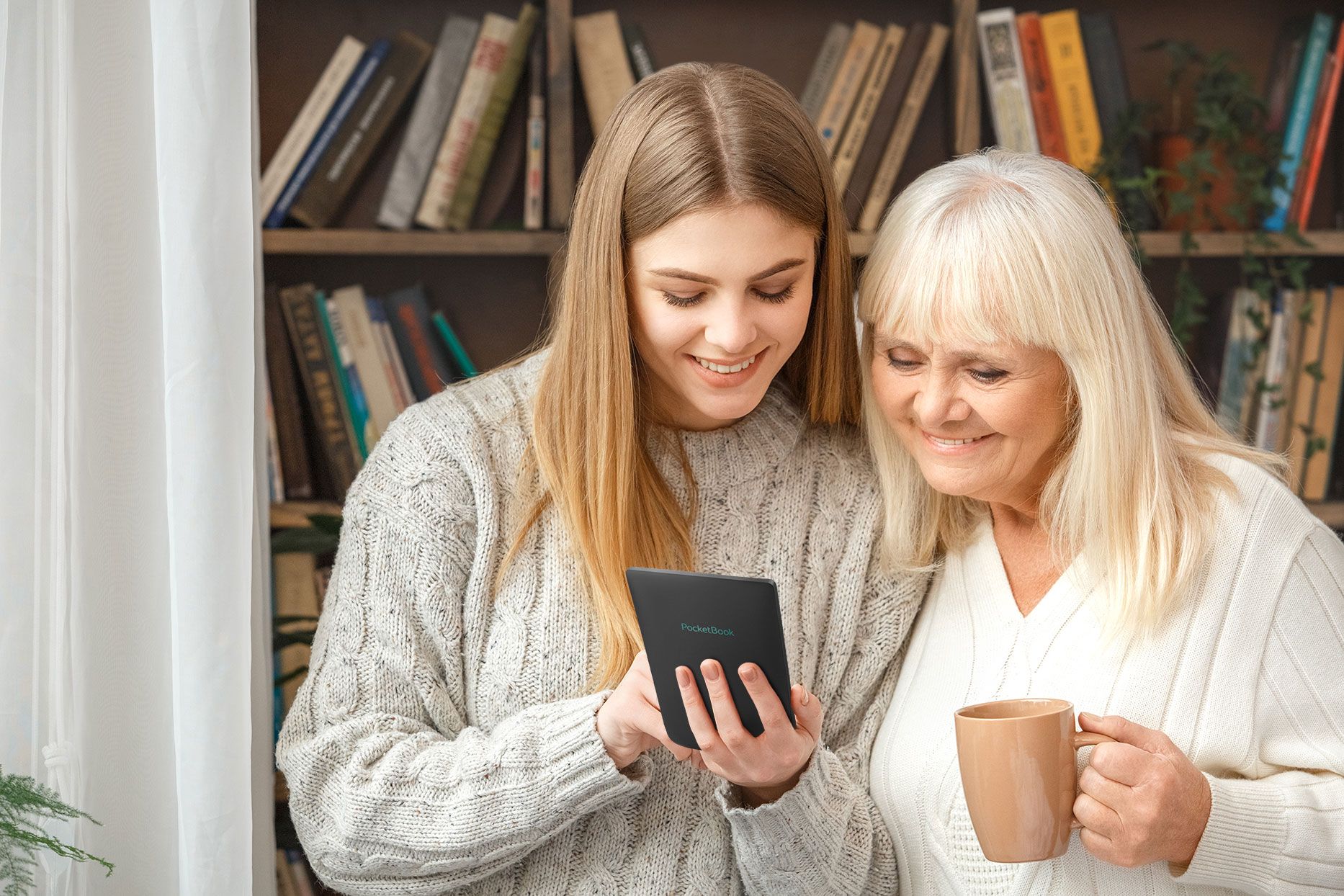 Pocketbook has redesigned their entry level Basic 4 e-reader and it will be coming out at the end of the month. Unlike previous models, this has page turn buttons on the bottom of the display and there is a bright and bubbly home button. The entire device does not look like a budget device, instead Pocketbook basically changed the entire industrial design.

One of the great things about the Pocketbook brand is that it is running Linux, so speed and stability are hallmarks. It also does not track you or monitor your reading habits like Amazon or Kobo. There are 14 supported ebook formats such as PDF, PDF(DRM), EPUB, EPUB(DRM), DJVU, FB2, FB2.ZIP, DOC, DOCX, RTF, PRC, TXT, CHM, HTM, HTML, MOBI.

The design of the Basic 4 is obsidian black and there are some small accents along the side of the bezel, at the front of the device. One of the downsides is that it does not have a front-light, but that can be appealing to some users.. It will be released at the end of July and you can pre-order it on Good e-Reader for $99.99.