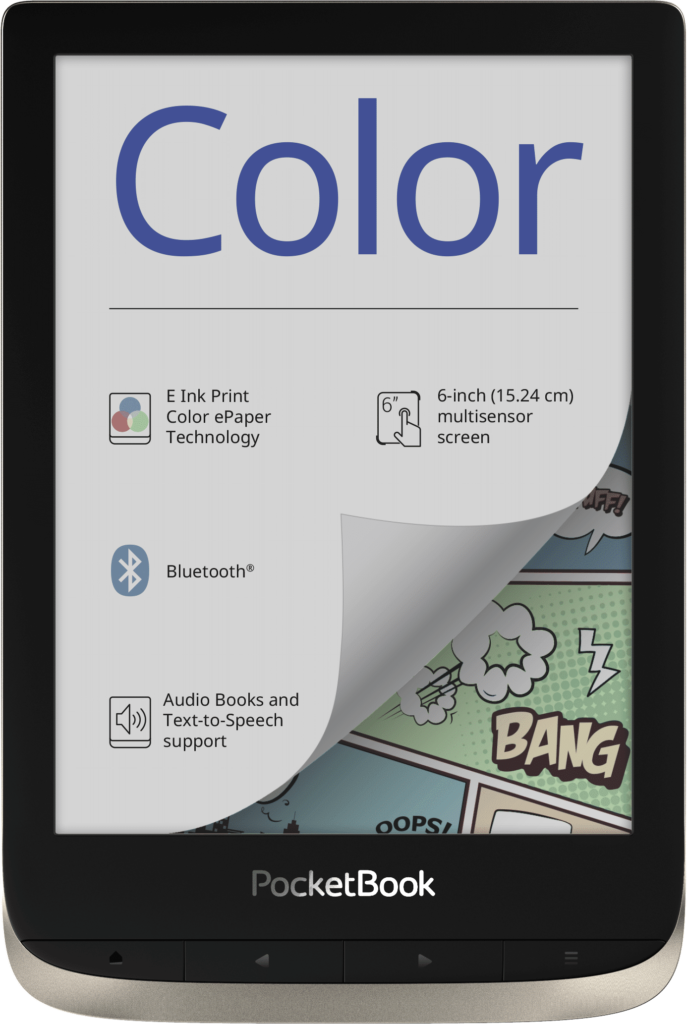 Pocketbook is going to be releasing a six inch color e-reader sometime in June. The company has been working on the design for quite sometime and the device was originally slated to be released in April, but the global pandemic disrupted their supply chain.

The modern Pocketbook Color is featuring E INK Just Print Color technology. Good e-Reader was live in Japan for the product unveiling to key people in the e-paper industry. There are already a few e-readers that have been released in China that use the color screen tech, but Pocketbook will be the first truly global company to market one.

The Pocketbook Color will have a six inch capacitive touchscreen display with 300 PPI screen. There will be over four thousand possible color combinations. There will be a front-lit screen, so you will be able to read in the dark. It will also have WIFI, Bluetooth and audio functionality for audiobooks and text-to-speech.

One of the benefits of a color Pocketbook e-reader is that it will be able to display cover art in full color. Many non-fiction books, such as autobiographies also have pictures in the middle of the book, and are also in color. Textbooks, tutorials, art-books, medical guides, comics, webtoons and business literature will now be enjoyable to view on an e-reader.

Pocketbook said the price on this color e-reader will be around €200 or around $229 USD. If this new device sells well, it is very likely Pocketbook will incorporate color on many other upcoming e-readers. Full tech specs are unavailable at this time, but should be unveiled closer to the release date. You can pre-order it today from Good e-Reader, who is an authorized distributor for Pocketbook.