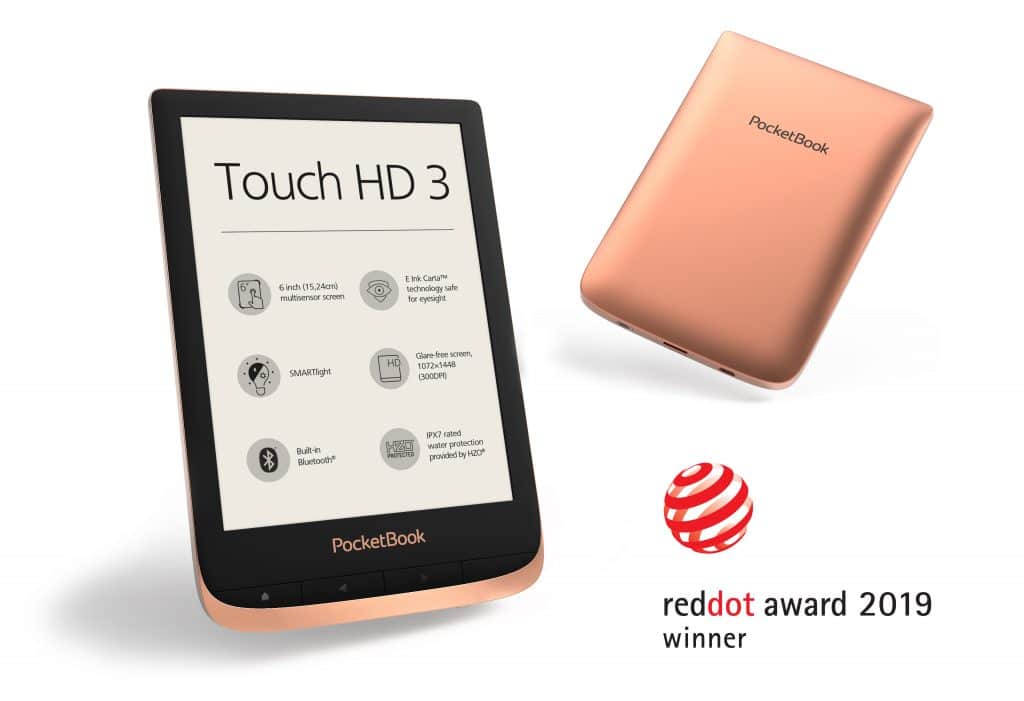 In 2019, designers and manufacturers from 55 countries entered more than 5,500 products in the Red Dot competition. The international jury comprises experienced experts from different disciplines and has been convening for more than 60 years in order to select the year’s best designs. Both PocketBook Touch HD 3 and PocketBook Touch Lux won the award in the category of e-readers.  This is the fourth time that Pocketbook has won a Red Dot Award.  Earlier, the company’s e-readers won the prize in 2012, 2014 and 2016.

Being extremely compact and light, PocketBook Touch HD 3 and PocketBook Touch Lux 4 reflect one of the key trends in industrial design – attention to a user’s convenience is always in the first place. The weight of the devices is only 155 g, which makes them an ideal companion both on daily trips around the city and on long journeys when every gram matters. In addition, the light and exquisite design of the e-readers turns them into a stylish accessory that always catches the eye.

I believe that the latest generation of Pocketbook e-readers were the best products they have ever produced. The two Touch HD 3 and Touch Lux 4 have been selling like hotcakes on the Good e-Reader Store.