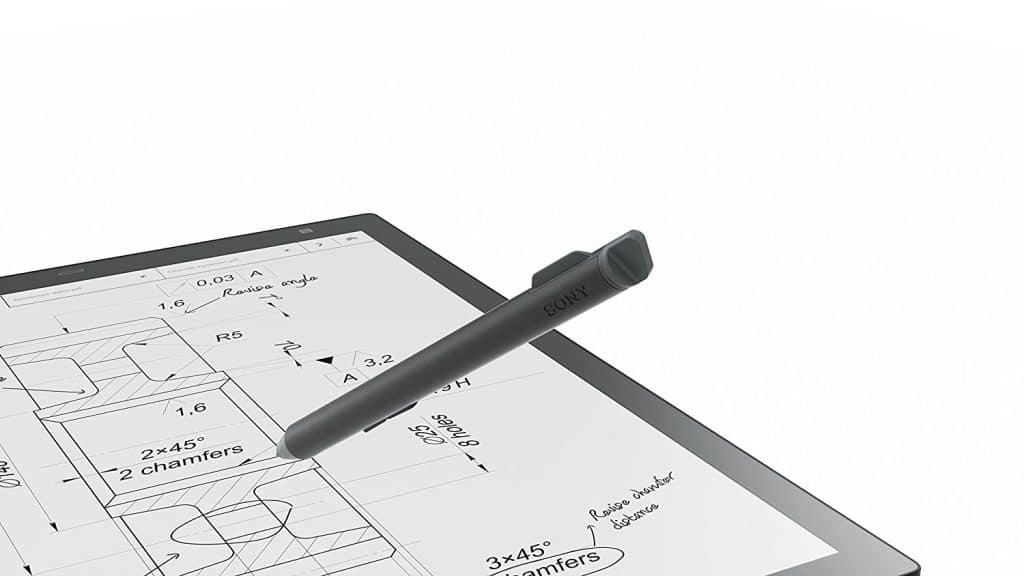 The Sony Digital Paper DPT-CP1 and Boyue Likebook Mimas both have 10.3 inch screens and they are both are designed to replace paper. They have digital note taking functionality and support freehand drawing with various software driven features. You can edit and make annotations on PDF files, although the Likebook is running an open version of Android, so you can install your own apps. It also supports common ebook formats right out of the box, so it can double as an e-reader. 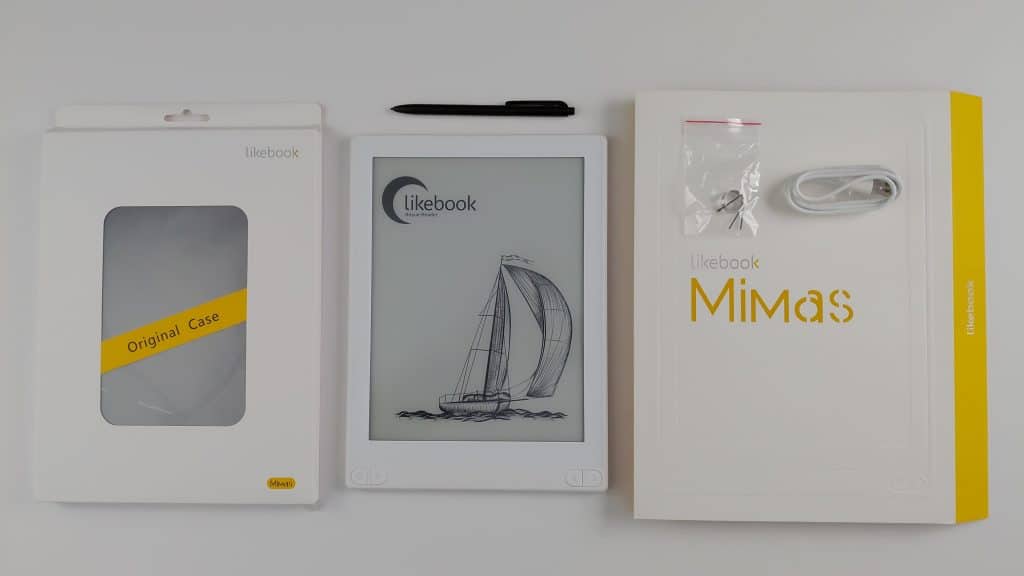 Underneath the hood is a 1.5GHZ Rockchip RK3368 Octa-core , 2GB of RAM and 16GB of internal storage. It has an SD support, which is capable of reading cards up to 128GB. It will be powered by a giant 4700 mAh battery and have USB-C for charging and transferring of data.

The Mimas also has audio functionality via the two speakers on the bottom of the device, next to the status indicator light and the MicroSD port. The positioning of the speakers on the Mimas is actually very interesting, because all other e-readers who have speakers, put them on the bottom, so the sound is muffled. I feel that the speaker positioning is very much akin to the way Apple does it with the iPad or iPhone. It is running Android 6.0. The stylus on the Mimas has 4096 degrees of pressure sensitivity, whereas the Sony does not  have any.

If you do not want to listen to all of your audio with the speaker, there is a 3.5mm headphone jack to plugin a pair of headphones, but there is also Bluetooth for wireless accessories. 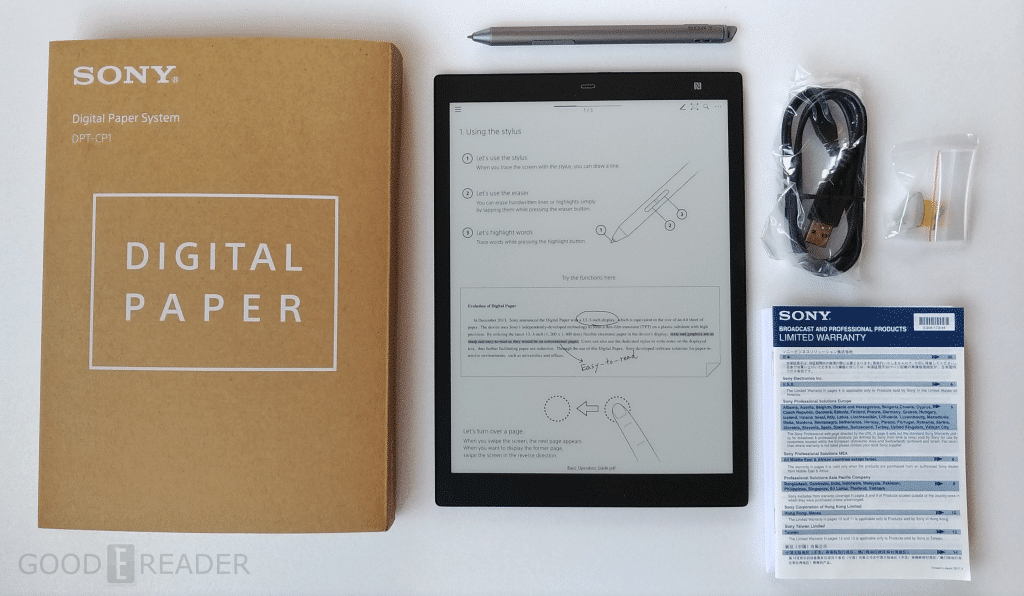 The DPT-Cp1 features an E-Ink Carta display with a resolution of 1872×1404 with 227 PPI. It has a capacitive layer for touchscreen interactions and also one for the stylus to take notes and write on PDF files.

The screen itself doesn’t have a back or front light, and has the slightly gray background of lower-cost Kindles.  The PPI is not as sharp as the standard 300-ppi display on the latest ebook readers, and you can tell that when trying to read very small text or look at maps. The 16 levels of grayscale are standard for E Ink and are fine for graphs, charts, documents or maps.