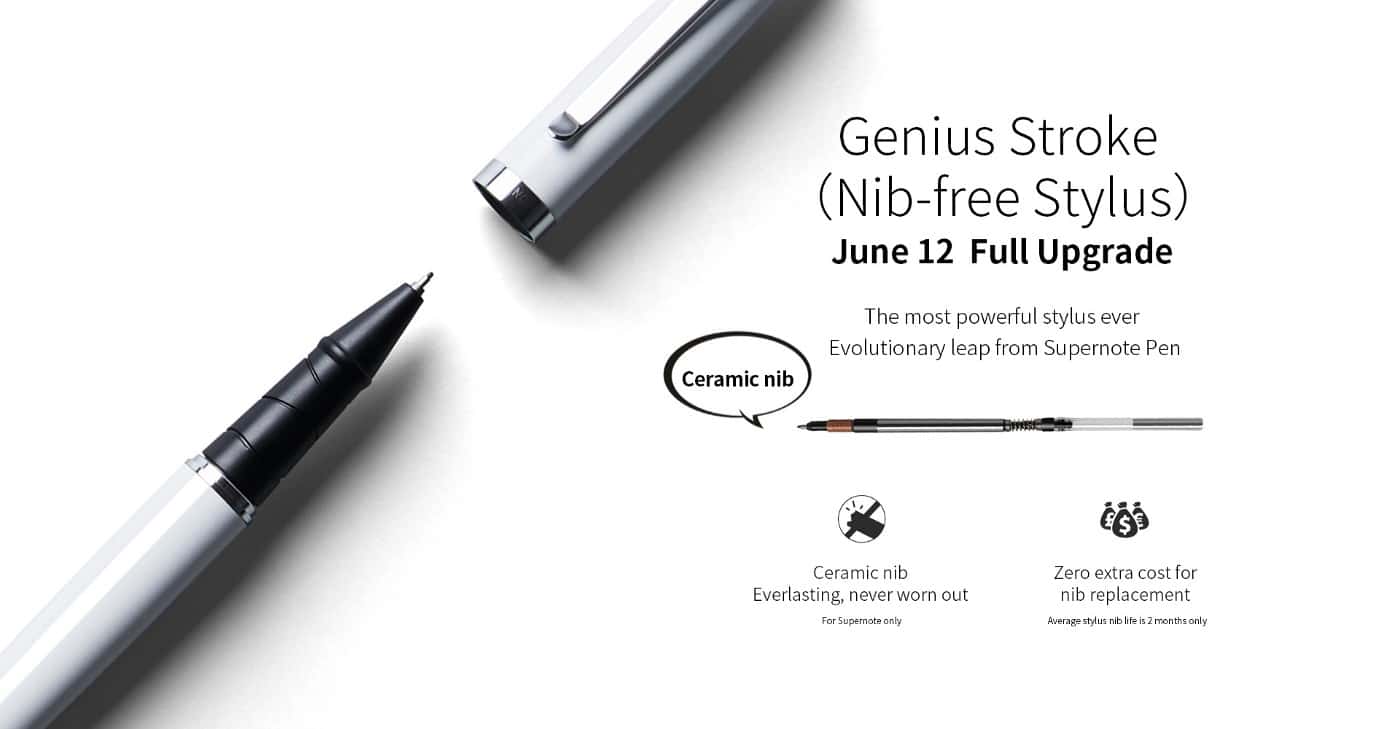 Supernote has designed a new Ceramic Nib for their stock and Heart of Metal stylus, that never needs to be replaced. Anyone who places a new order for an individual stylus or apart of a bundle, will have their pen shipped with this new nib. The big selling points is that the nib will never wear out, never needs replacing and is way better than a plastic nib.

High frequency of friction between soft nib and hard screen causes nib worn out easily. Many digital pen users need to replace nibs every two months in average, and some users with heavy pen pressure habit need to replace the nib even every week. Replacement of nib or refill, with the continuously extra expenses, has deterred many people from using digital pens. Stylus nibs are constrained by low-strength materials that have to be made big dimension nip, which wears out faster, and the cone shape of nibs becomes even bigger and miserable after worn out.

Supernote stated that “During countless experiments, we tested high-hardness materials such as stainless steel, nickel-titanium alloys, and finally found the flexural strength of zirconia ceramic 1100 with a hardness of 88–90 HRA (Rockwell hardness), which is close to the hardness of sapphire and is fit as synthetic material for the tip of electromagnetic digital pens.

We do not recommend you use the new ceramic nib with any other device. It will scratch the screen, even if you have a screen protector on.