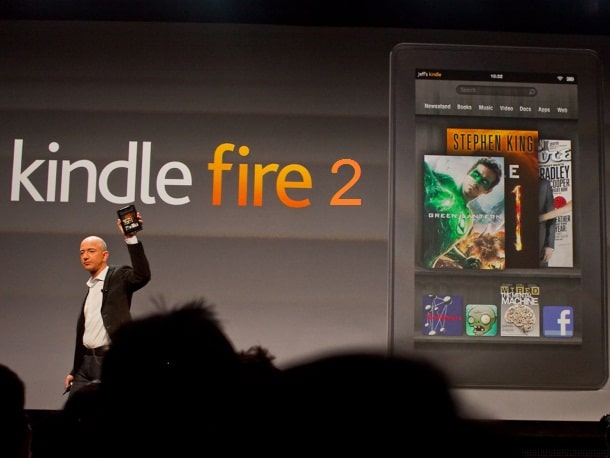 There is a new Kindle Fire coming our way if early rumors are to be believed. The current Kindle Fire continues to burn bright and attract new buyers in increasing numbers in the few months that it has been in the market. So while an upgrade to the current 7 inch Kindle Fire is in the cards, Amazon is also keen to enter a whole new segment with a 9 inch sized Kindle Fire tablet. There already are reports of the new Amazon tablets being readied for a launch sometime around May-June with components reaching manufacturing site during March.

However, Amazon is all too eager to make money out of its 9 inch Kindle Fire venture and is believed to have been successful in sourcing lower priced components to keeps costs low. Towards this, Amazon isn’t letting OEMs decide what components go in the making of the new Kindle Fire, as it has been with the current gen version of the tablet. Further, Quanta alone will not be putting together the Kindle Fire devices; Foxconn will also have a role to play in the manufacturing of the new tablet device. It’s no secret Amazon is losing money with each Kindle Fire sold and is having to make up for that with app and e-book sales.

Over the past few months, a number of display sizes have been associated with the new Kindle Fire, though it now seems that the 9 inch sized device is going to make the cut. Also, while details of the new Amazon tablets are being kept under wraps, there sure will be lots of rumor, speculation and leaks coming our way before we settle down with the real thing. So keep watching!

In other Kindle Fire news, the tablet is believed to have been picked up by 3.9 million consumers which is enough to let Amazon command 14 percent of the market curing the 4th quarter of 2011. However, with that figure, Amazon may have done more harm to other Android tablets than to the iPad. While sales of other Android tablets have gone south, Apple iPad continues to be the king with a commanding 57 percent of the market share. The Apple iPad has also been witness to a slump, as its share of the market dropped down from 64 percent during the pre-Kindle Fire era. What remains to be seen is whether the new 9 inch sized Kindle Fire will be just as popular as its 7 inch cousin.