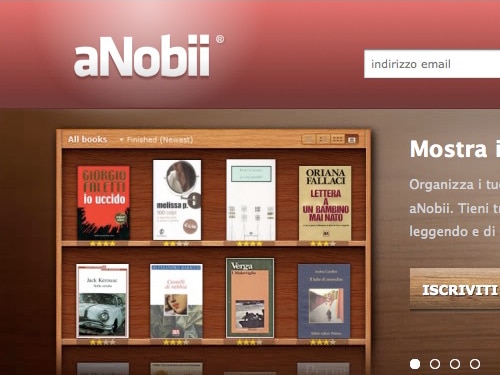 The United Kingdoms third largest supermarket chain, Sainsbury, has just purchased 60% of HMV Group’s shareholding in Anobii for a nominal 1 pound. Anobii currently has 600,000 users worldwide and a library of 60,000 ebooks.

Anobii is a social networking book site primarily aimed at readers. The service allows individuals to catalogue their books and rate, review, and discuss them with other readers. The service is available via the Anobii website and iPhone and Android apps. The apps allow individuals to barcode scan books and read both community and expert reviews. Other companies with a stake in Anobii include Penguin, Harper Collins, and Random House.

The new digital push by Sainsbury will integrate ebooks into its growing portfolio of content. The company launched their Entertainment division with their acquisition of online entertainment company Global Media Vault in October 2011 and the launch of a music download service earlier this year.