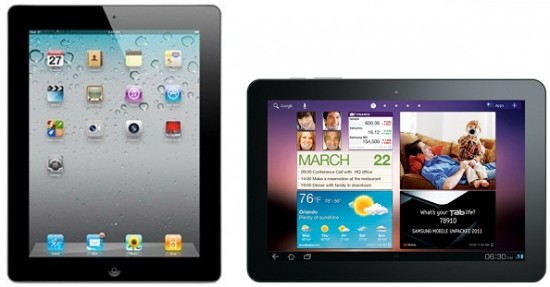 Samsung has finally been able to score a victory in its court battle against Apple when the Australian federal court over turned the injunction that prevented it from selling the Galaxy Tab 10.1 in that country.

So while the preliminary injunction that had been issued by a lower court in Australia this summer has been overruled when Samsung appealed against it, Apple for sure would not leave this issue at this and there is going to be some more court battles that would be seen when Apple re-appeals.

Apple has contended that the Galaxy Tab 10.1 from Samsung bears a very close resemblance to its iPad 2. This when the fact is that most Android tablets look similar to each other. It therefore reasons that the main reason for Apple to single out Samsung in its legal battle is due the threat Samsung poses to it in the mobile market space. Also, Android devices took some time to pick up in the market though after that initial jerky beginning they have picked up well enough to pose a risk to Apple and its market supremacy. Hence, there are the reasons for Apple to be trying all their measures against Samsung in specific even though nearly all the tablets we have seen so far more or less look the same as the Apple tablet.

Also, the ruling cound not have come at a better time as Samsung now can make the most of the holiday shopping season. The Korean company will be able to put its Galaxy Tab 10.1 up for sale from as early as this Friday itself.

However, while the Australian edition of the court battle has gone in favor of Samsung, the overall picture is yet to be fully sorted out. This since Samsung still faces a ban on the sale of its Galaxy Tab 10.1 in Germany, something that forced it to come out with a re-designed Galaxy Tab 10.1N. Apple is already after the new tablet and a hearing has been scheduled on 22nd December. Till then, Samsung finally has a victory to celebrate.