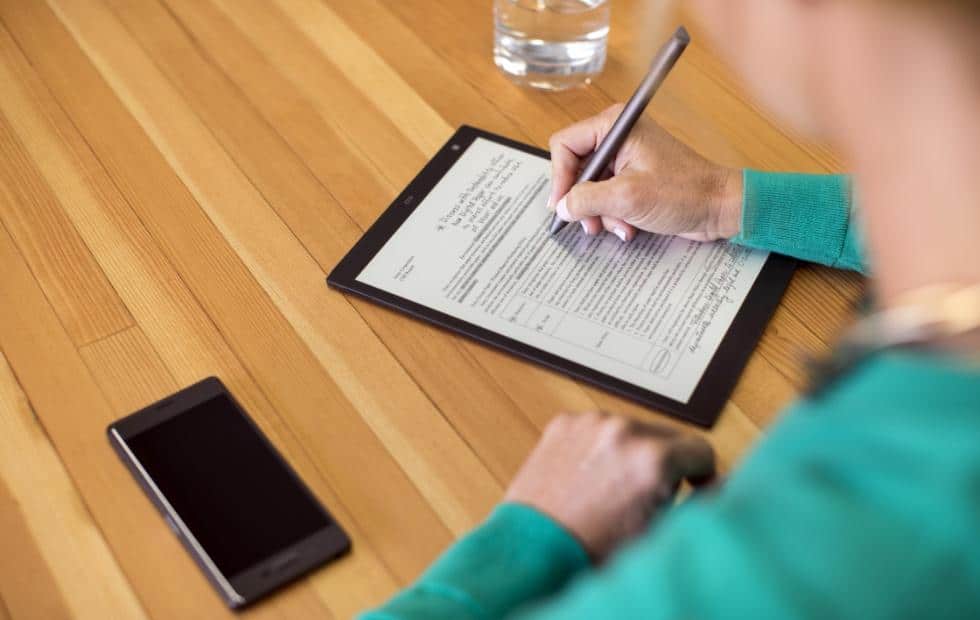 The Sony Digital Paper DPT-CP1 is a 10.3 inch digital note taking device that excels at editing PDF files and drawing on the screen. It normally retailed for $599, but it is going to be heavily discounted to $499 from now until Christmas. This deal is only applicate for residents of the United States who purchase it from Amazon. If you live outside of the US, the Good e-Reader Store has reduced the price to $599.

The DPT-CP1 was Sony’s first attempt at a lower cost model and came out in early 2018 and the original price was $599. It was designed to be marketed towards businesses and creative professionals who wanted to outfit their entire office with these devices and did not want to pay the full price of the 13.3 which ranged from $799 to $699 for each unit.

I have heard murmurings that Sony plans on releasing a second generation 10.3 inch device sometime in 2020. This remains to be seen, the two guys who used to run the entire US Digital Paper operation both left the company in the summer.