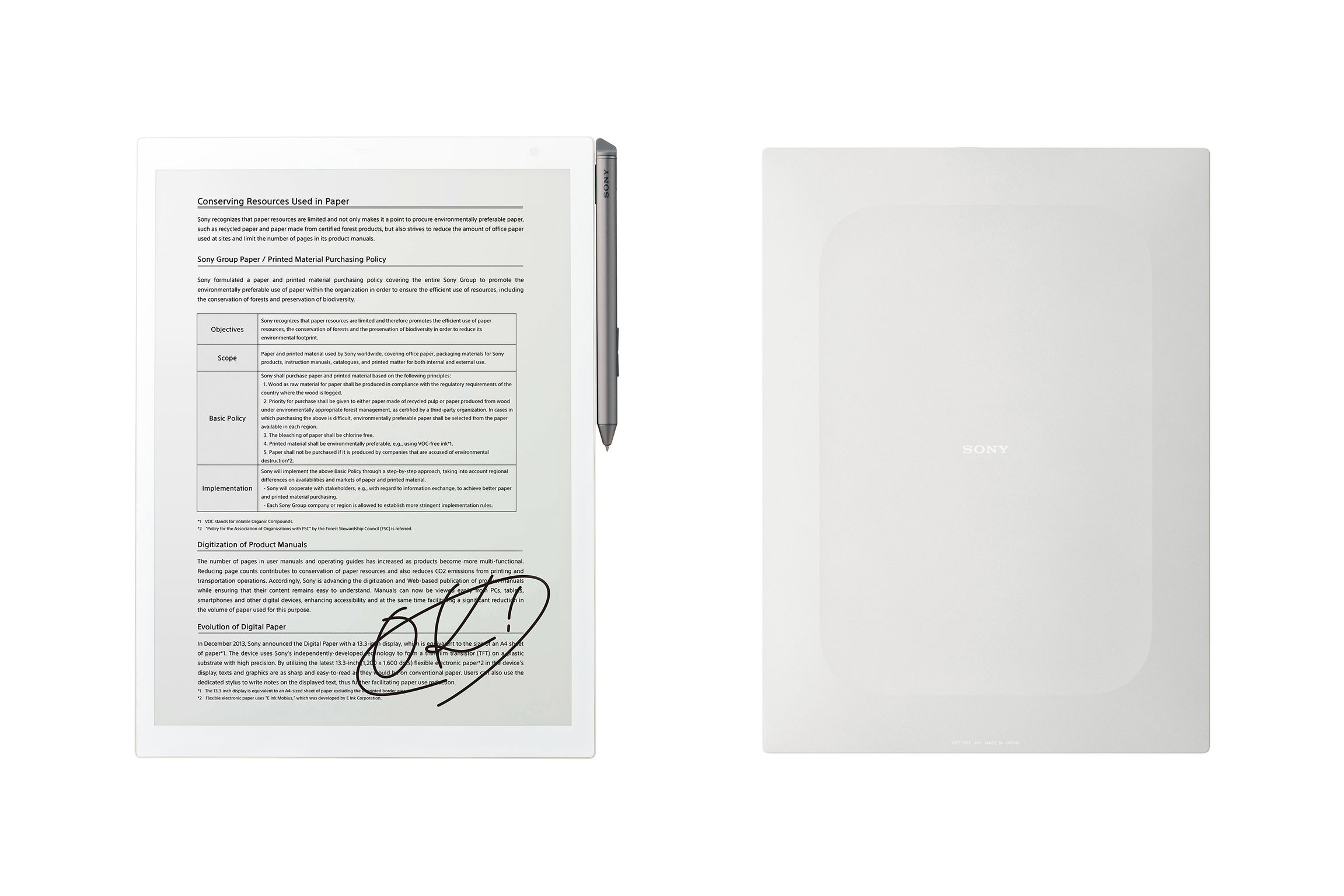 The Sony Digital Paper DPT-RP1 is discontinued in the United States. Official distributors such as Adorama, Amazon and B&H all show the product is either out of stock or discontinued. This 13.3 inch e-note initially came out in 2017 and is getting long in the tooth.

The DPT-RP1 features a 13.3 inch E-Ink Carta screen with a resolution of 2200 x 1650 and 207 PPI.  The screen is completely flush with the bezel and has a very premium feel. Underneath the hood is a Marvell IAP140 64-bit Quad-core IoT Applications Processor and ARM Cortex-A53 CPU, up to 1.2GHz, and has a separate power low-power Cortex M3. It has 1GB of RAM and 16GB of internal memory, but when you power it on the first time, there is 11 GB. The rest is reserved for the Google Android operating system and some of the stock PDF templates that are available.

A couple of months ago Sony discontinued the black color of the DPT and was only selling the white version in the United States. It has been rumored throughout the year that Sony was developing a next generation model, but these plans there thrawered due to the global pandemic. Additionally, Sony has been licensing out the DPT-RP1 design to companies such as Fujitsu, and Quirklogic.

Whenever Sony officially discontinues a device, a new one is normally looming close on the horizon. They rarely go a couple of weeks, to a month, of no sales, before something new comes along. What would you like to see the new DPT do different? What type of tech could they could employ to make you want to buy one? I can see it using a front-lit display, a new stylus and better hardware.

If you are looking to purchase the DPT-RP1, Good e-Reader still has these in stock and ships them out within a few days of an order being placed.