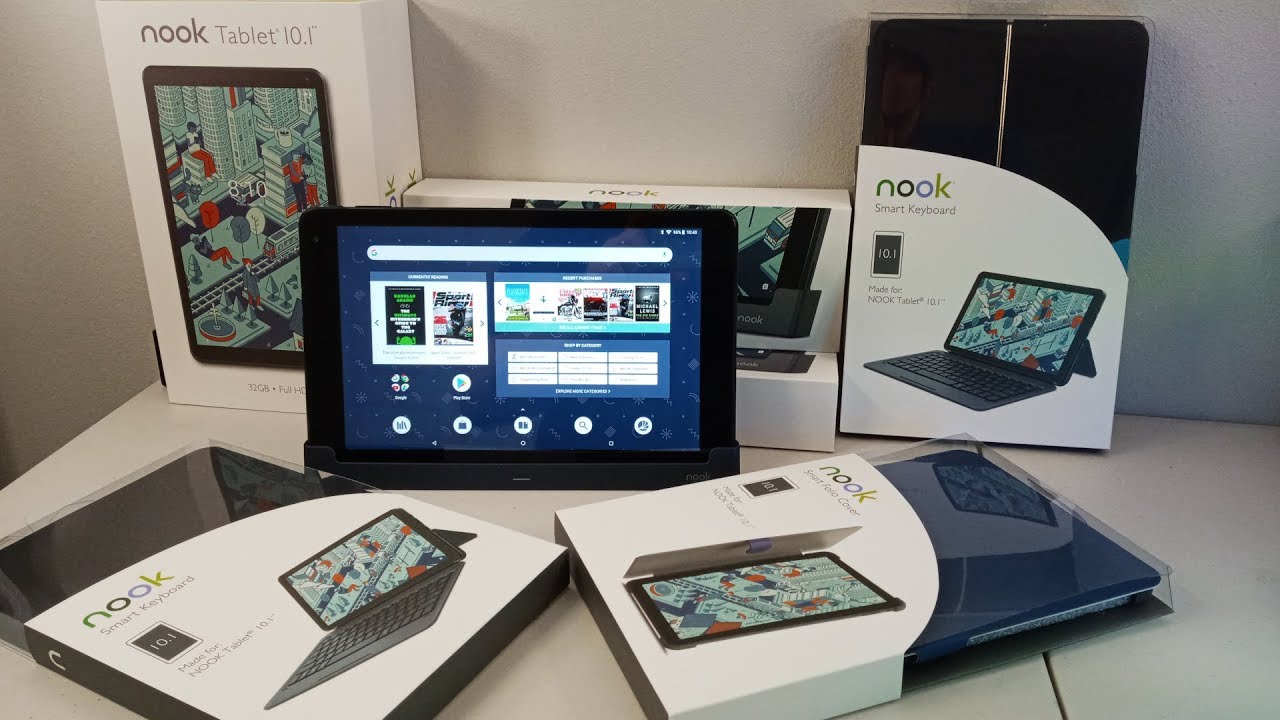 Barnes and Noble had an extensive tablet portfolio. They had their own Nook Tablet 7 and Nook Tablet 10.1, in addition to their deal with Samsung, for a number of Samsung Galaxy Tab for Nook. They also had a number of cases and other accessories.  It looks like the bookseller might be getting out of the tablet business altogether and have removed them from their website. The only devices they are currently marketing are their e-readers, the Nook Glowlight 3 and Nook Glowlight Plus 7.8.

B&N had a number of tablets they subcontracted to  other companies, the Nook tablet 7, which competed against the Amazon Fire 7 and Nook Tablet 10.1. They had a few generations of these devices and they never really had enough market share to make this viable

The Samsung relationship was first started around six years ago, when Barnes and Noble decided to stop designing and manufacturing tablets themselves and signed a multi-year deal with Samsung. Samsung would white label their line of Android tablets and pre-loaded all of the Nook apps on it. Barnes and Noble had to order hundreds of thousands of units and since they never sold that many, they took millions of dollars in losses, which is why they still sold outdated tablets for years, after they became irrelevant.

As you all know, Barnes and Noble was sold to a private equity firm and a new CEO took the reigns, who has decades of bookselling experience. I bet they looked at the tablets, looked at the sales, and  said “why the F are we still doing this?”

Update: Barnes and Noble just deleted all of the product listings for the Nook tablets. They are also flagged as discontinued on Amazon.