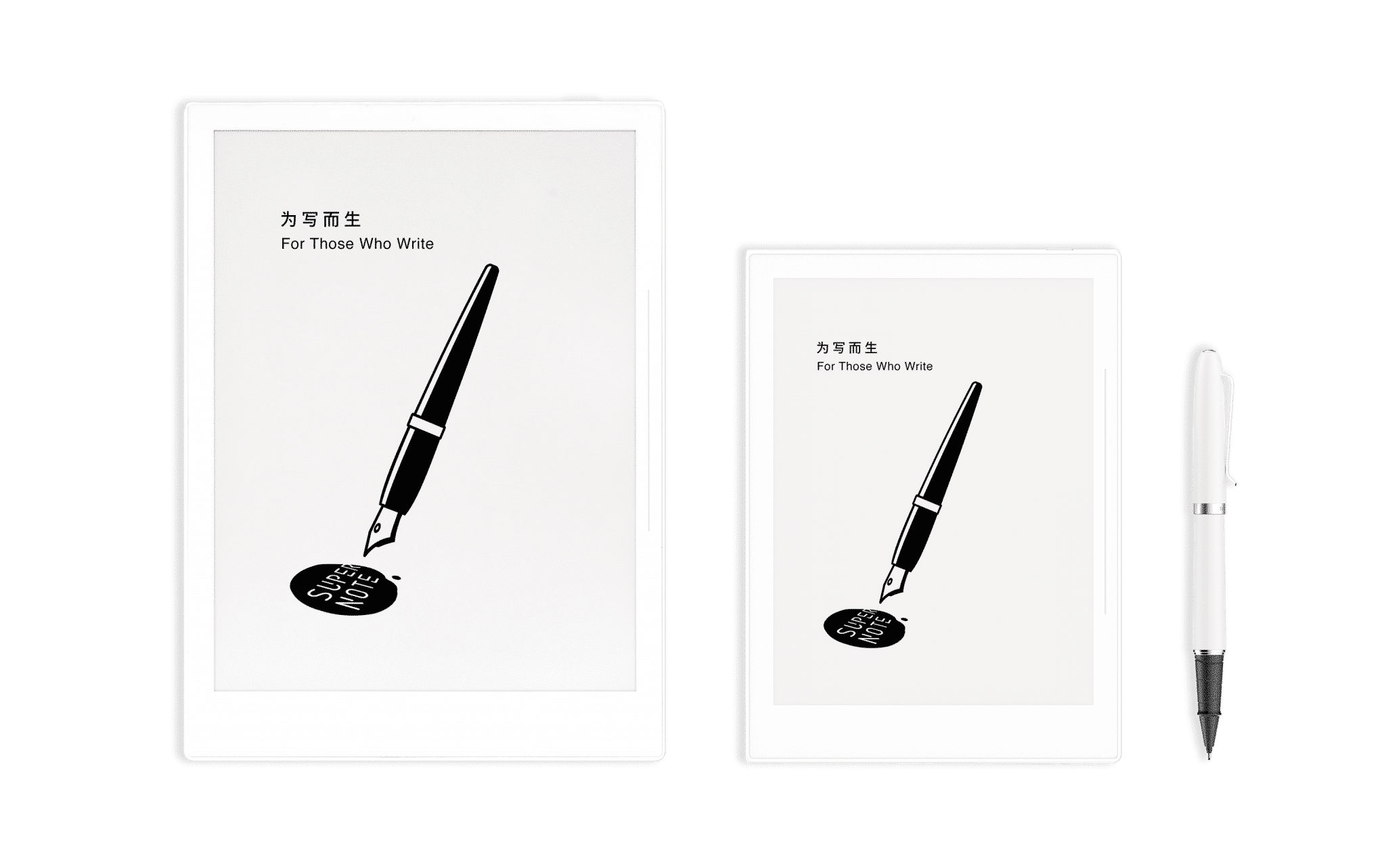 The SuperNote is made by a company called Rata and they are located in Japan. They have two products in their portfolio that are only available in China and now Good e-Reader. One of the big selling points behind these devices is that they are designed to take digital notes and come with an innovate stylus that feels like you are drawing using a ballpoint pen, it was developed in conjunction with WACOM.

The SuperNote A5 features a 10.3 inch E-Ink Digital Ink Touch Screen with a WACOM digitizer layer. The resolution is 1872×1404 with 226 PPI. Underneath the hood is an IMX6 single core processor, 1GB of RAM and 32GB of internal storage. It is powered by a respectable 2850mAh battery. The dimensions are 245mmx178mmx7mm and weighs less than 366g. This device comes with a stylus and your choice of case color and retails for $559 and is available now.

The SuperNote A6 is available as a pre-order and it will retail for $449 and ships in July. The 7.8 screen is using E Ink Carta HD and Mobius. The overall resolution is 300 PPI and underneath the hood is a IM6 Solo Lite single core processor, 1GB of RAM and 32GB of internal storage.