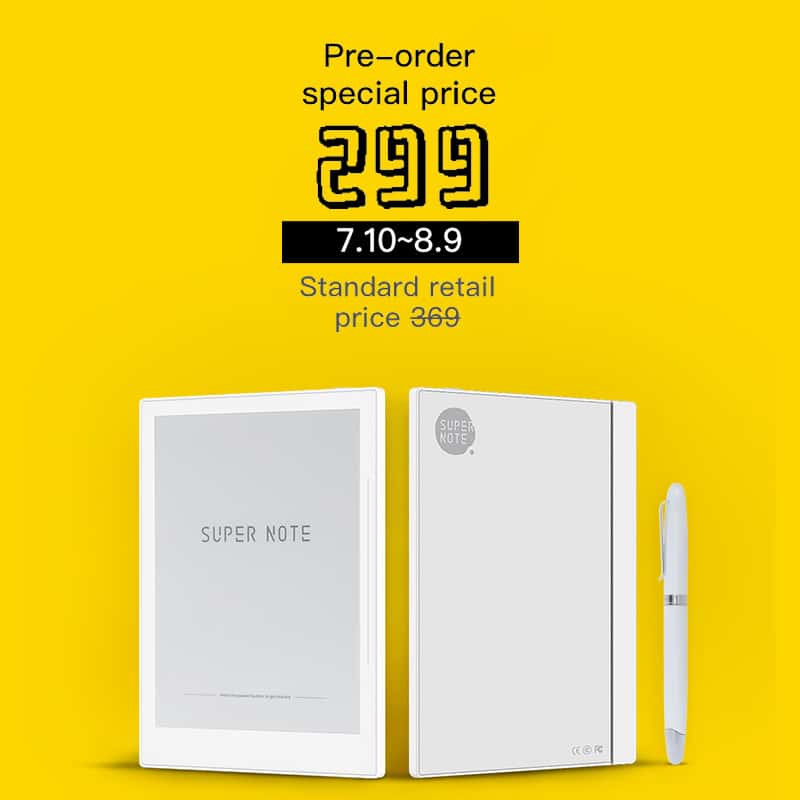 Supernote has discontinued the A6 Agile, which came out in 2019. It will be replaced by the SuperNote A6X, which will come out on August 10th. This new device is exiting because it has been upgraded from a single core processor to a quad core and the RAM has also been doubled. Instead of running Linux, it will now have Android.

Underneath the hood is a PX30 Quad-core processor, 2GB of RAM and 32GB of internal storage. It is powered by a respectable 2900 mAh battery, so it should last a couple of weeks. It has a USB-C port for charging and transferring data. Connectivity options include Bluetooth 5 and WIFI 2.4G and 5G.

Android 8.1 is the big selling point, but users will not be able to run their own apps. Instead Supernote will be the one delivering content, so I suppose if enough people ask for specific apps, they will likely listen and push them out via firmware updates.

The Supernote A6X is available via Pre-order from the Good e-Reader Store for $299.