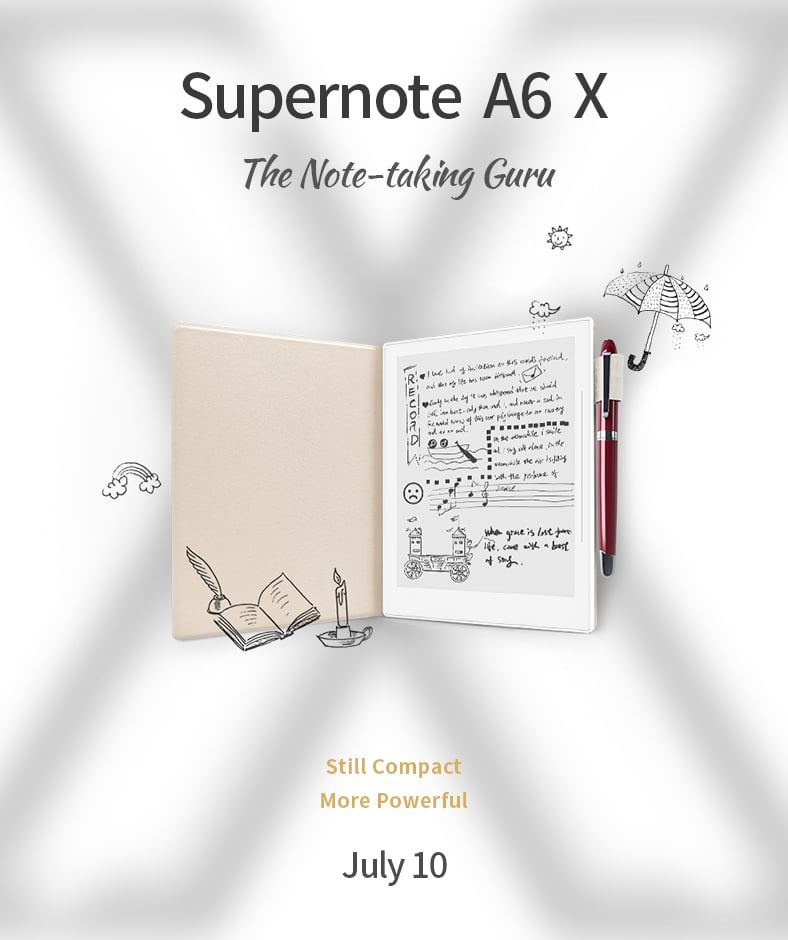 Supernote is gearing up to release their first e-note of 2020, the Supernote A6X. This device is designed to draw, edit PDF files and take notes. It is the spiritual successor of the Supernote A6 Agile, except this new product blows it away.

The Supernote A6X will feature a 7.8 E INK Carta HD  screen with a resolution of 1872×1404 and 300 PPI.  It has a WACOM layer for the accompanied stylus and they are using the new ceramic nibs, that never need replacing.

Underneath the hood is a quad-core processor, instead of the single core the 1st generation employed. It will also have 2GB of RAm and 32GB of internal storage. One thing that is very interesting, is that the Supernote A5 and A6, used Linux, but this new model is going to be  using Android. I think this might be the case because the company said a number of pre-installed social media apps will be installed, such as Wechat and also dictionaries for EPUB support. They also confirmed on Reddit that they will be switching from Linux to Android.

There is no pricing yet, but it looks like it will be released around July 16th and Good e-Reader will be taking pre-orders and also conducting an extensive unboxing and review.