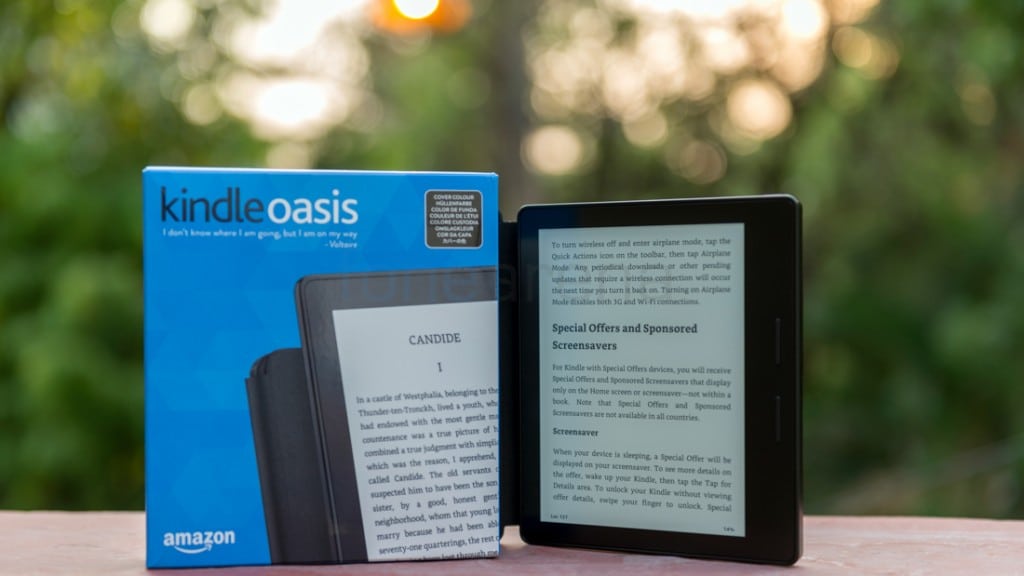 The Amazon Kindle Oasis 2 is available right now as a Lightning Deal and you can pick up a new e-reader for $199, which is a savings of $50 off of the regular price of $249.  This is the first time that Amazon has ever discounted their flagship e-reader since it was released late last year.

The new Kindle Oasis features a 7 inch capacitive touchscreen display with resolution of 1680 x 1264 and 300 PPI. It includes includes 12 LEDs for uniform lighting across the screen and allows you to read in the dark. The Kindle Voyage was the first Kindle with an ambient light sensors that adjusts the brightness as you move from room to room, or from outdoors to indoors and the all new Oasis has the same functionality.  The Kindle Oasis has a IPX8 rating which means it can stay completely submerged in two meters of freshwater for up to sixty minutes.

The Kindle Oasis utilizes a brand new dual-core 1GHz processor with 512MB of RAM and this results in an e-reader that is tremendously robust. Navigating the menus, library or accessing the store is lightning quick. It is very likely that Amazon has made some software enhancements in conjunction with hardware upgrades. There is Bluetooth functionality to buy and listen to audiobooks via wireless speakers.

The deal ends in four hours, so you do not have much time before it expires.

Update: deal is over.