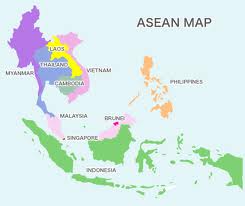 On December 4 to 5 the first ASEAN eBook Conference was held in Kuala Lumpur, Malaysia. Publishers Weekly has a report on the event. The market is presently in the very early stages. Ookbee, from Thailand, has 88% of the Thai ebook market, but has only 6,000 titles (all in the local language), and 2.5 million users with almost 4,000 being added every day. Six million ebooks have been sold. Interestingly, as in Europe, traditional books are not subject to VAT, but ebooks are, at a 7% rate.

In Vietnam, 70% of publishers sell through Alezaa.com, which prices them cheaply between $2 to $3, which is 30% less than the regular book price. Alezza has 50,000 active3 users and it provides a PDF-to-ePub conversion tool, since publishers aren’t interested in doing the conversion themselves.

Singapore is seeing a growing demand for ebooks, as are Indonesia and Malaysia. In Malaysia, ebook stores are just about one year old, but they started in Indonesia in 1999.

More details in the article and a special report will be issued by PW on March 4, 2013.