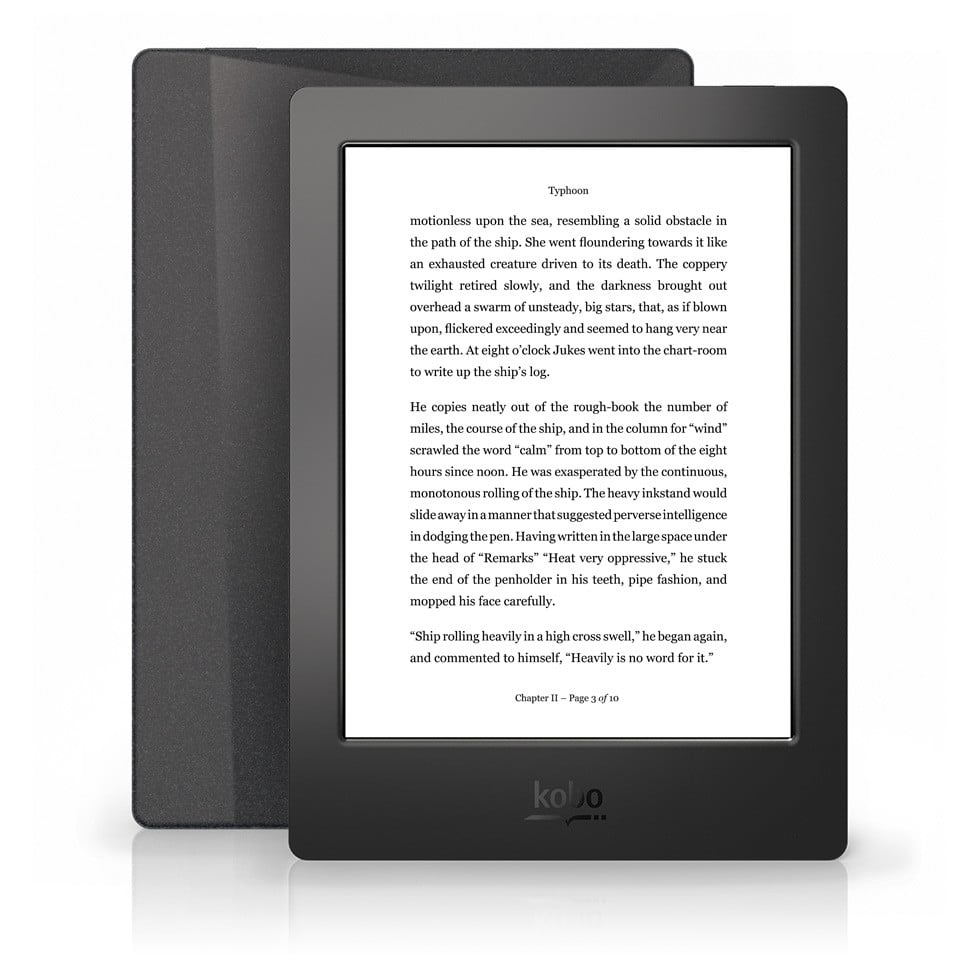 Kobo is working on a brand new e-reader called the Kobo Aura H2O Edition 2. This device will be waterproof and feature a 6.8 inch display. It should be released this May, just in time for Mother’s Day.

Recently Kobo pushed out a firmware update for their complete line of e-readers. They totally revised the home screen and made navigating around the menus more robust. Within the updated firmware was a list of all of the models that were supported, one of them was an unannounced device called the Kobo Aura H2O Edition 2.

The first generation Kobo Aura H2O was released in 2014 and it was the second Kobo branded device that had a larger screen than its predecessors. It featured a 6.8 inch e-ink Carta touchscreen display with a resolution of 1430×1080. Carta Imaging Film offers a 50% improvement in contrast ratio over previous generation of e-Paper displays. Kobo also attained the prestigious IP67 certification for their first waterproof device. It will basically allow users to have the e-Reader completely submerged in five meters of water for an hour, with the MicroUSB and MiscroSD ports closed.

It is very likely that the upcoming Kobo Aura H2O Edition 2 will have the same front-lit display as the Kobo Aura One. It should have 9 white LEDs and 8 more RGB LED lights to help read in the dark and cut down on the amount of white light. There will not be an SD Card, as the company has scaled back on expandable memory in a bid to get customers to purchase more ebooks and cut down on hardware expenses. I think there will likely be 8GB of internal storage. Look for Overdrive functionality to be baked into the firmware, this will allow patrons to borrow library e-books directly from their e-reader.

Will the second generation H2O be more expensive or cheaper than the first gen? Kobo, Chapters/Indigo and a myriad of bookstores all over the world are currently selling the H2O for $199. I expect Kobo to continue to market the Aura One and the entry level Kobo Touch Edition 2. The second gen H2O will be a mid-level device, so I don’t think the screen will be completely flush the bezel.