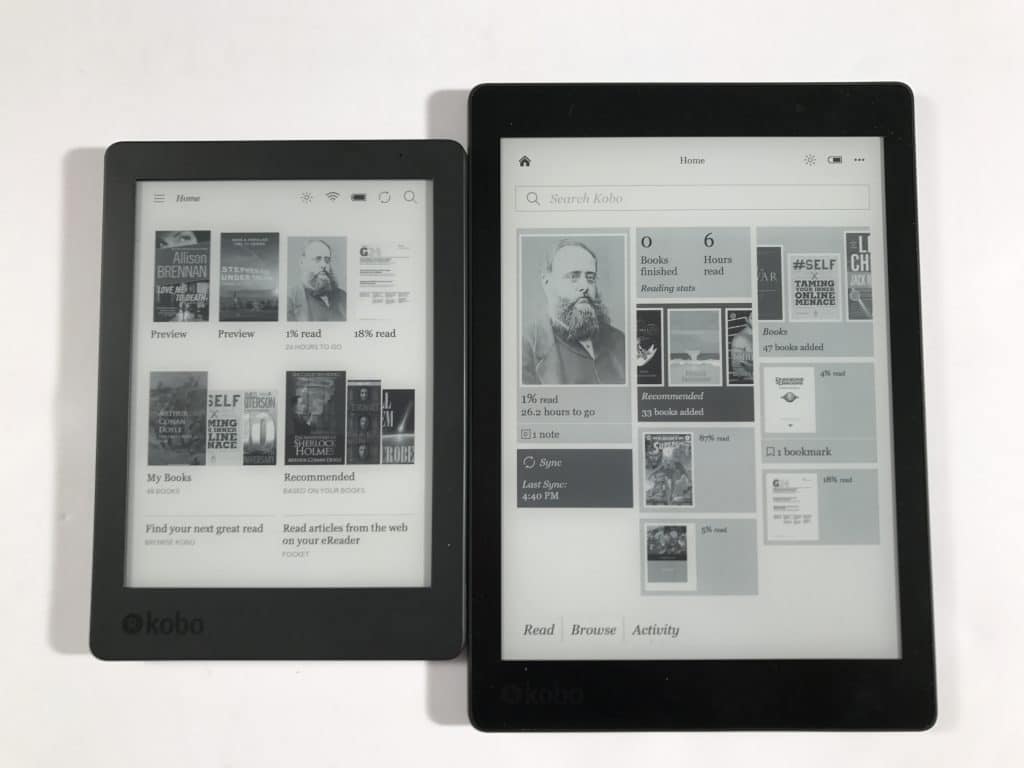 Kobo is pushing out a firmware update for the vast majority of their e-Readers and it introduces a new home screen. It also introduces a number of new features such as breadcrumbs, which give you visual indicators on where you are on the device. You can also access almost every single function from the menu icon, whereas in the past you had to jump through a few hoops.

In the video below you will see the old home screen and the new one in a side by side comparison video. I really liked navigating around the e-reader was more robust. The Kobo bookstore also loaded much more quickly, making it easier to buy books and download samples.