You are here: Home / e-Reader News / The Kobo Clara HD and Tolino Shine 3 have the same hardware 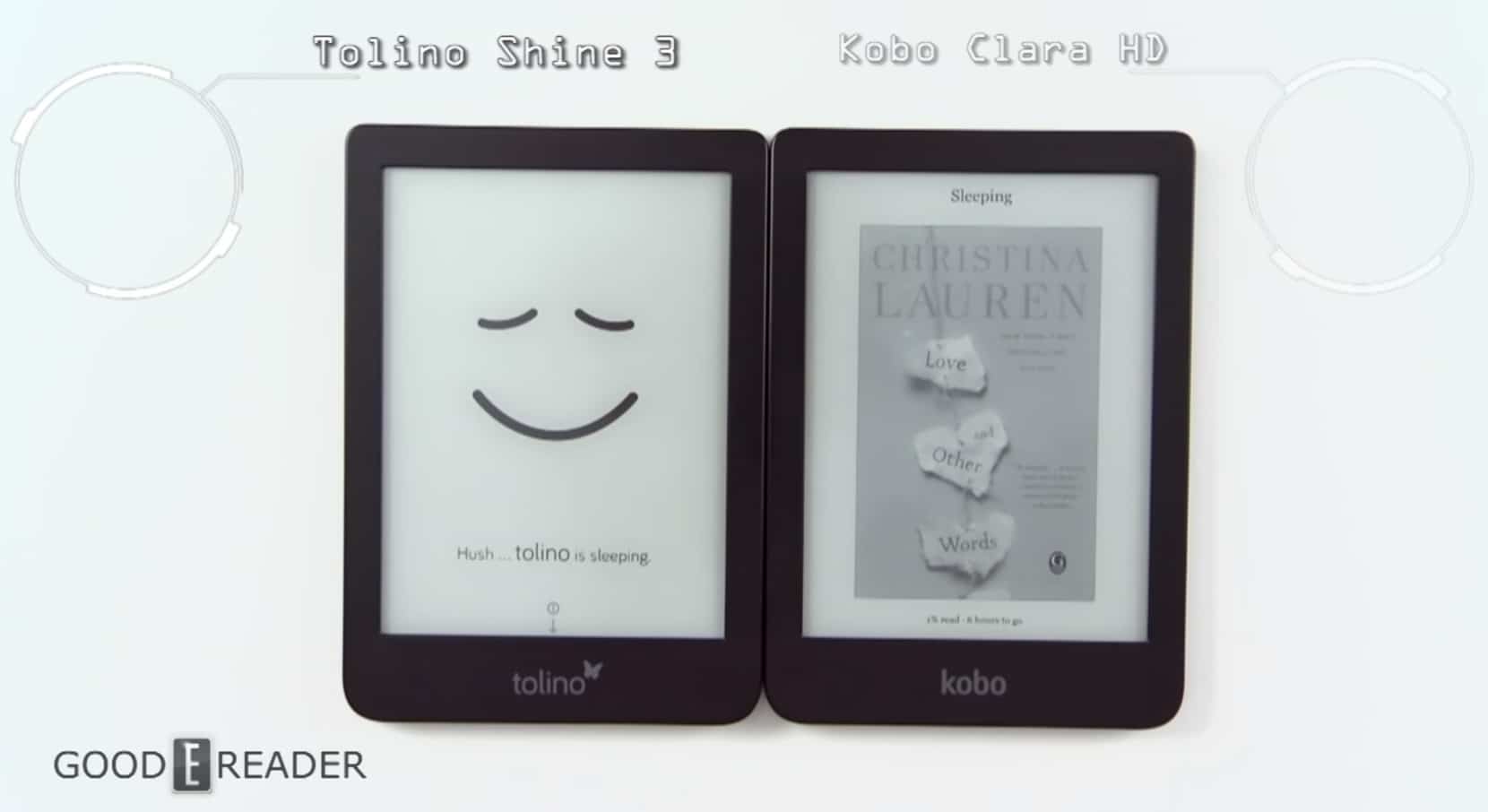 The Kobo Clara HD and the Tolino Shine 3 have the exact same hardware. This is no coincidence, because Kobo is now responsible for designing the hardware for all Tolino e-readers. Deutsche Telecom sold Kobo their stake in the Tolino Alliance in late 2017. The software for Tolino e-readers is the same and it uses Android, whereas all Kobo branded e-readers use Linux.

When Kobo bought their way into the Tolino Alliance, Kobo promised that they will no longer sell their own e-readers in Germany, so they would not cannibalize their own interests in that market and allow Tolino to compete better against Amazon.

In this exclusive Good e-Reader Video, Peter directly compares these two devices, side by side. You can get a sense on what they both bring to the table, but design wise, they are a mirror image of each other.