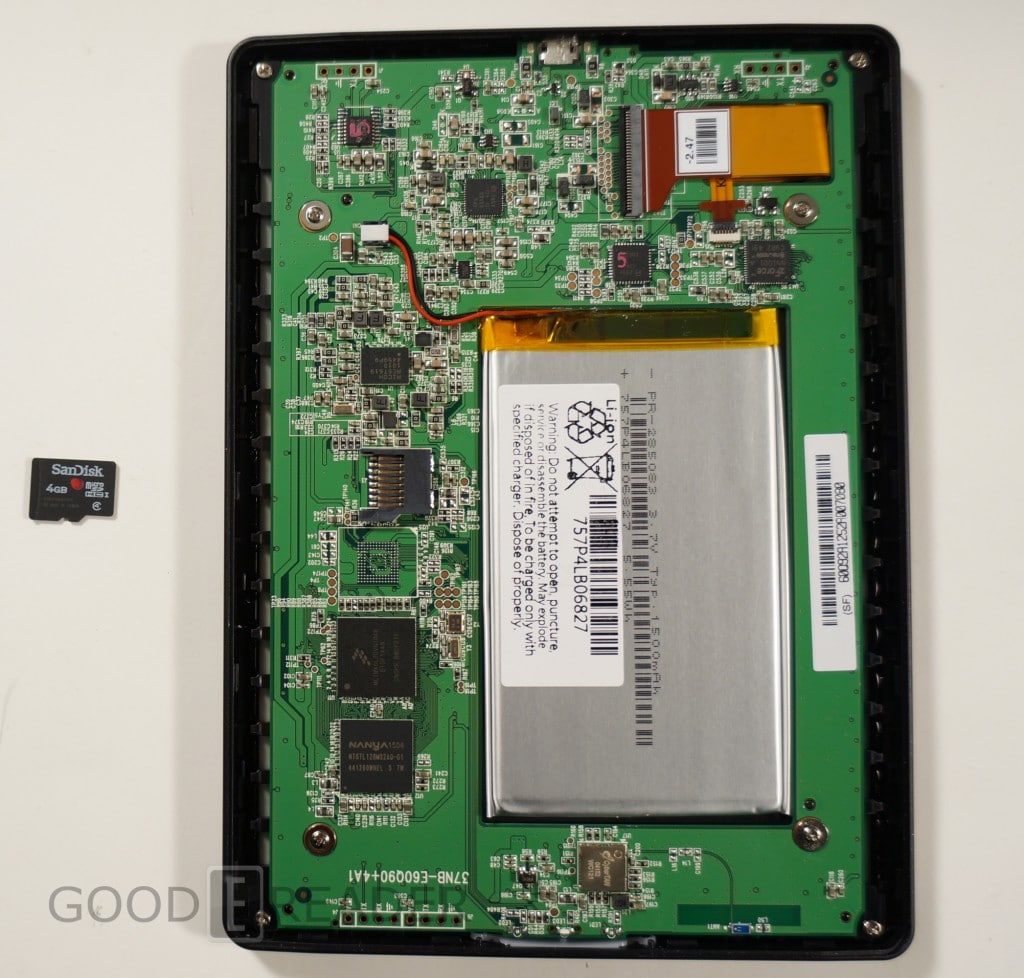 Modern day e-readers do not have the ability to be opened up and have the components upgraded or to swap out an old battery for a new one. The last Kindle to have support for battery removal was the Kindle Voyage. Many devices no longer have screws for easy access to the internals, most are simply glued down to the frame and protected by a layer of glass. This is primarily due to a few factors. Modern day waterproofing is done on the motherboard and batteries cannot be removed. Other companies such as Kobo, have the SD card soldered right to the motherboard, but older e-readers, like the Kobo Glo, can swap out the internal SD and a higher grade one inserted.

It is almost impossible to find modern batteries for e-readers made in the past four or five years. Even aftermarket companies do not even stock them. Amazon, Barnes and Noble, Kobo, Onyx Boox, Boyue, Pocketbook, Supernote and Sony do not sell batteries. Some have repair and warranty programs that can swap out a battery that no longer holds a charge. Pocketbook and Onyx are really good for this sort of thing. I Know Amazon, B&N and Kobo do not even offer this service, because they can’t get into it, and mostly just offer some sort of credit to buy a new one. I am also told it is very hard to send out lithium-ion batteries on their own, because of all the safety certifications that are needed and many countries in the world do not accept them in their postal system or shipping carriers, since they can and have exploded in the past, even on airplanes.

Older e-readers, do have the option to repair. There are tons of batteries for the Kindle 3, Kindle 7 and Kindle 8, the first generation Paperwhite, Kindle Oasis 1 and Kindle Voyage. Any Kindle made after 2014 can not have the battery removed easily. The Barnes and Noble Nook Glowlight Plus made in 2015 can have the battery replaced, but not anything after. Older Sony E-Readers like the 650, 950 and PRS-T1 all can have the batteries replaced too. There are hardly any batteries available for the Kobo line of e-readers, but I did find some for models made around 2012 and 2013. I suppose its good the older models can be opened up with a screwdriver and batteries replaced, since many people have these sitting around somewhere, because they no longer carry a charge.

Modern day e-readers are almost impossible to open up with a heat gun and guitar picks. I am sure you have seen some people on Youtube open up iPhones, Nintendo Switches and old game consoles. Parts for these sort of things are available from many different companies, so they are somewhat easy to have damaged screens swapped out or even a small capacitor. Want to do this on an e-reader? Not only are modern batteries are not available, but neither are the motherboards, transistors, or even USB ports. The edge to edge glass on the vast majority of e-readers and the lack of screws, almost makes it impossible to repair. Even if you could get it open, what happens if you damage a ribbon, where are you going to get replacements? What is your Micro/Mini/USB-C port gets broken, how do you take the old one out and swap in a new one? If you have an e-reader from 2007 to 2013, this might be possible. This is because glass based displays were not really available at this time and most were not waterproof, so they are easily accessed. Modern day e-readers? Forget about it?

Not being able to repair your newer device basically ensures that it will end up in a landfill somewhere, unless you send it away for a special recycling program, but most just throw them in the trash.