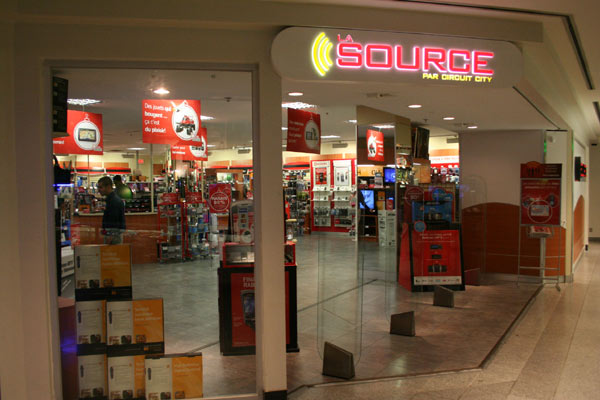 The second retail store in Canada besides Shop e-Readers now carries the Amazon Kindle WIFI and the Kindle 3G e-reader, but not the Kindle DX. The Source by Circuit City now carries the most popular Kindle e-readers, but they are only available in the store and not online.

The Kindle WIFI is available for $189.00 after tax, while the Kindle 3G is retailing for $229.00 after tax. Circuit City has not officially announced they are carrying the line of Amazon -Readers yet and there has been no official press releases. We have called 30 stores Canada wide and they all have verified that they are now carrying the e-readers.

Although the Source carries the Amazon e-Readers they do not provide the support or offer any kind of on-site technical assistance. Shop e-readers not only provides support for the entire line of Amazon Kindles, but they give you 100 free ebooks as well.