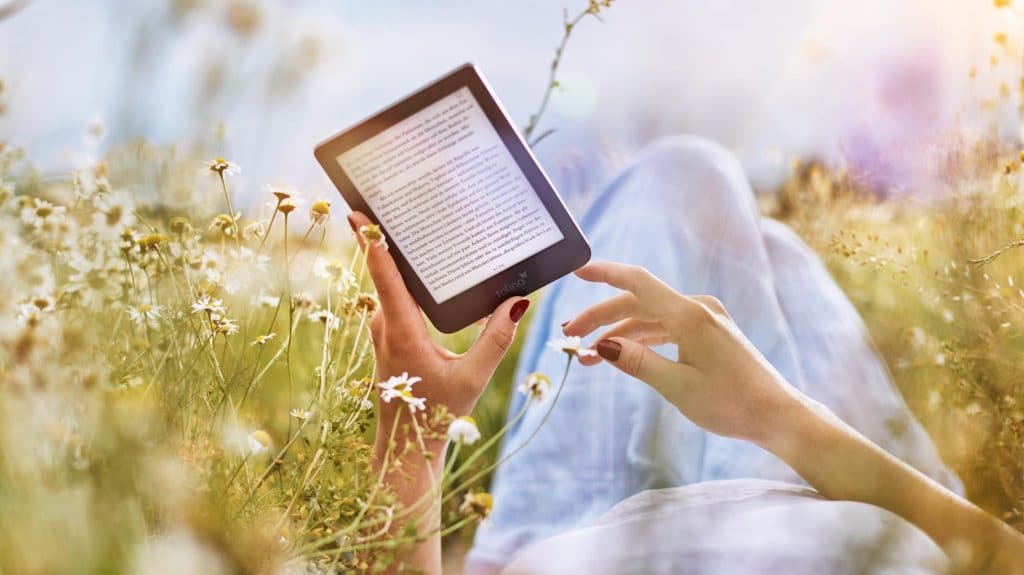 The Tolino Shine 3 e-reader was just announced today and this new device replaces the Shine 2, which was released in 2015. The big selling points with this model is twice the amount of internal storage and it now has a capacitive touchscreen display, instead of an infrared. The Shine 3 also has a color temperature system, which is the same one the Vision and EPOS employs.

The Shine 3 features a six inch capacitive touchscreen display with E Ink Carta HD and a resolution of 1448×1072 pixels and 300 dpi. The frontlit display and color temperature system allow customers to read in the dark and help mute the bright white screen with varying degrees of orange, to provide candlelight effect. Tolino bills their lighting system as “Smart Light.”

Underneath the hood is a Freescale IMX6 Solo Lite 1GHZ processor, 512MB of RAM and 8GB of internal storage. There is an additional 25GB of storage space available via the Tolino Cloud. The battery is 1500 mAh and the dimensions are 110x156x8.35 mm and it weighs 166g.

This e-reader is available now for €119 from Thalia, Weltbild and Hugendubel or ordered online. Good e-Reader is trying to get a review copy and hopefully will conduct an extensive product review.