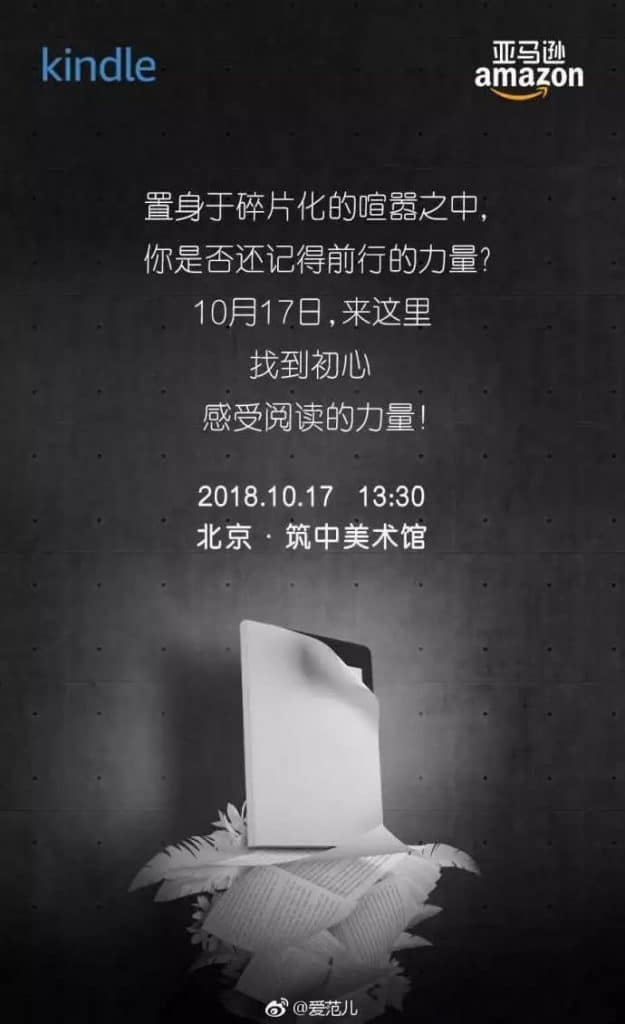 Amazon is going to be announcing a new Kindle e-reader on October 17th. The company posted a teaser image on their Weibo account in China and the product will be officially unveiled at the Zhuzhong Art Museum. Local media have received private invitations from Amazon to attend the unveiling event. I believe this e-reader is likely going to be the Kindle Paperwhite 4,  that has been in development for over a year.

Whenever Amazon has a new Kindle they tend to have a very small gathering in Seattle where only mainstream media is invited. They are normally clandestine affairs and the media that is invited are under a very strict non-disclosure agreement that forbids them from even mentioning they will be attending the event. Amazon never teases a new Kindle in North America with any promotional imagery.

The Kindle Paperwhite 4 is rumored to have Bluetooth functionality so people can buy and listen to Audible audiobooks via wireless headphones or speakers. It also will incorporate a color temperature system that gives a candlelight effect.