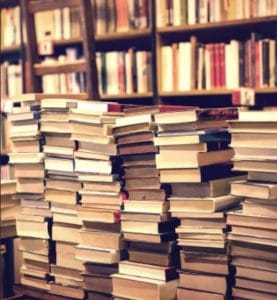 Barnes & Noble is still clinging to life despite years-long rumors that almost every aspect of the business model is at death’s door. With physical stores closing and the Nook constantly rumored to be on the chopping block, it’s hard to know what to believe.

So the recent announcement that B&N’s Press (formerly Nook Press, the self-publishing wing of the company) is now going to offer pre-orders on indie print titles may be somewhat confusing: is the company still innovating? More importantly, THIS is the thing they chose to go with in order to keep the activity going?

You may already be wondering what prompted BN to start riding Amazon’s pre-order coat tails, but Amazon offers the pre-order option for authors’ ebooks through KDP. This move will allow B&N Press authors to offer pre-orders on their Press-created print editions up to six months before publication.

But again…why? As some authors discovered with Amazon’s pre-order process ages ago, if you have a book that’s ready to upload, what would possess you to sit on it and not let readers actually read it once they purchase it? Other than a few isolated instances in which there’s some buzzworthy reason to wait, uploading your manuscript and offering it to people without letting them read it doesn’t seem like a smart business strategy.

B&N Press’ process is a little different, though. The final manuscript doesn’t have to be ready or uploaded for an author to launch the pre-order process. However, neither company charges the customer until the book is available, and the sales don’t show in your dashboard until then. So what’s the point?

Barnes and Noble as a bookselling idea doesn’t need to disappear, but this new announcement doesn’t seem likely to do much to make the platform more relevant to indie authors or readers. People–including this site–have told the company for years that clearing the shelves of all the coffee mugs and calendars and making room for indie authors’ books would do wonders for their bottom line, but so far, it’s not happening (at least not in a non-hoop jumping way). Meanwhile, Amazon’s physical stores are moving in where B&N had once held its ground.