You are here: Home / e-Reader News / Tolino Vision 3 HD vs Kobo Aura One 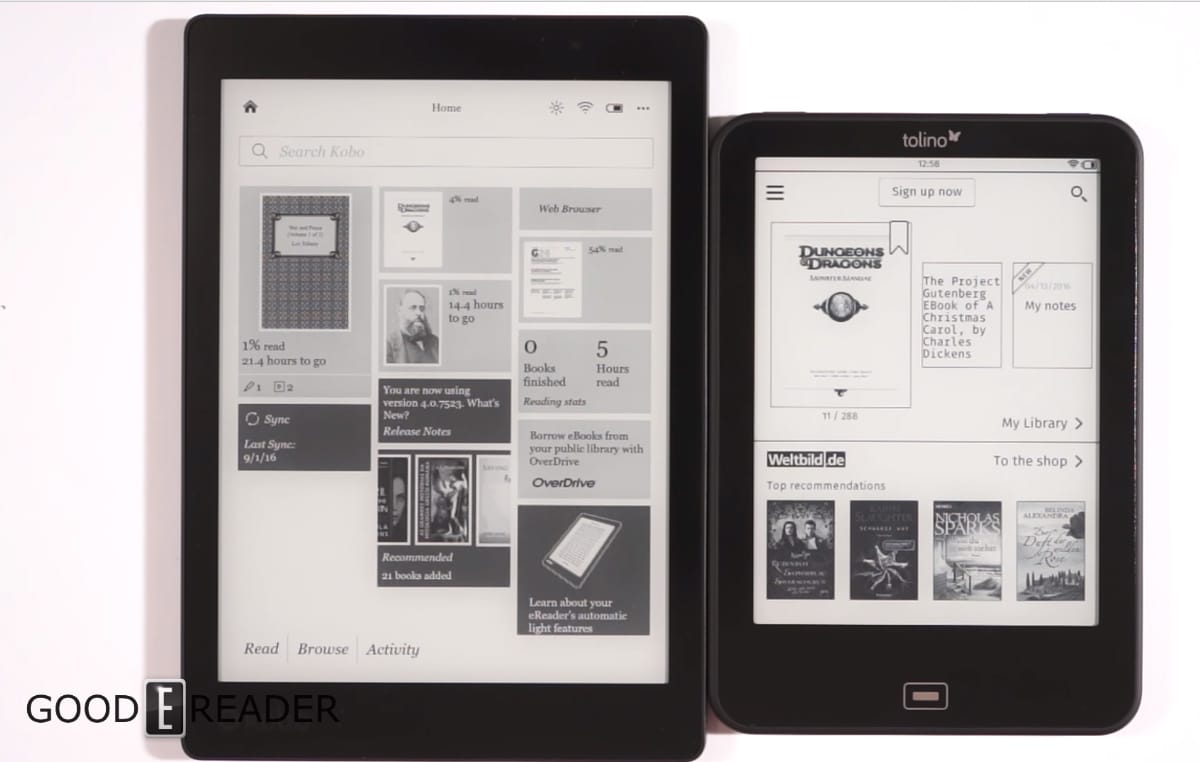 The Tolino Vision 3 HD and the Kobo Aura One are two of the best e-readers in the world and they are both waterproof. Today, we put both of these devices side by side to give you a sense on what they bring to the table and what one is better.

The Tolino Vision 3 HD features a six inch e-Ink Carta display with a resolution of 1448 x 1072  and 300 PPI. Interacting with the touchscreen is very intuitive because its completely flush with the bezel, which is rare when it comes to designing e-readers.

The Vision 3 is completely waterproof, which means you can read this device in the bathtub or bring it to the beach. The Micro USB ports do not have the little rubber flaps that are on the Kobo H2o or a number of smartphones.

e-Readers have a very hard time with getting LED lighting right. The vast majority of companies to include a front-lit display in their products often face the challenge of the screen appearing blue. I am happy to report that the Vision 3 is basically on par with the Kindle Voyage, in terms of screen clarity. Tolino never mentioned how many LED lights they have along the bezel, but there appears to be six.