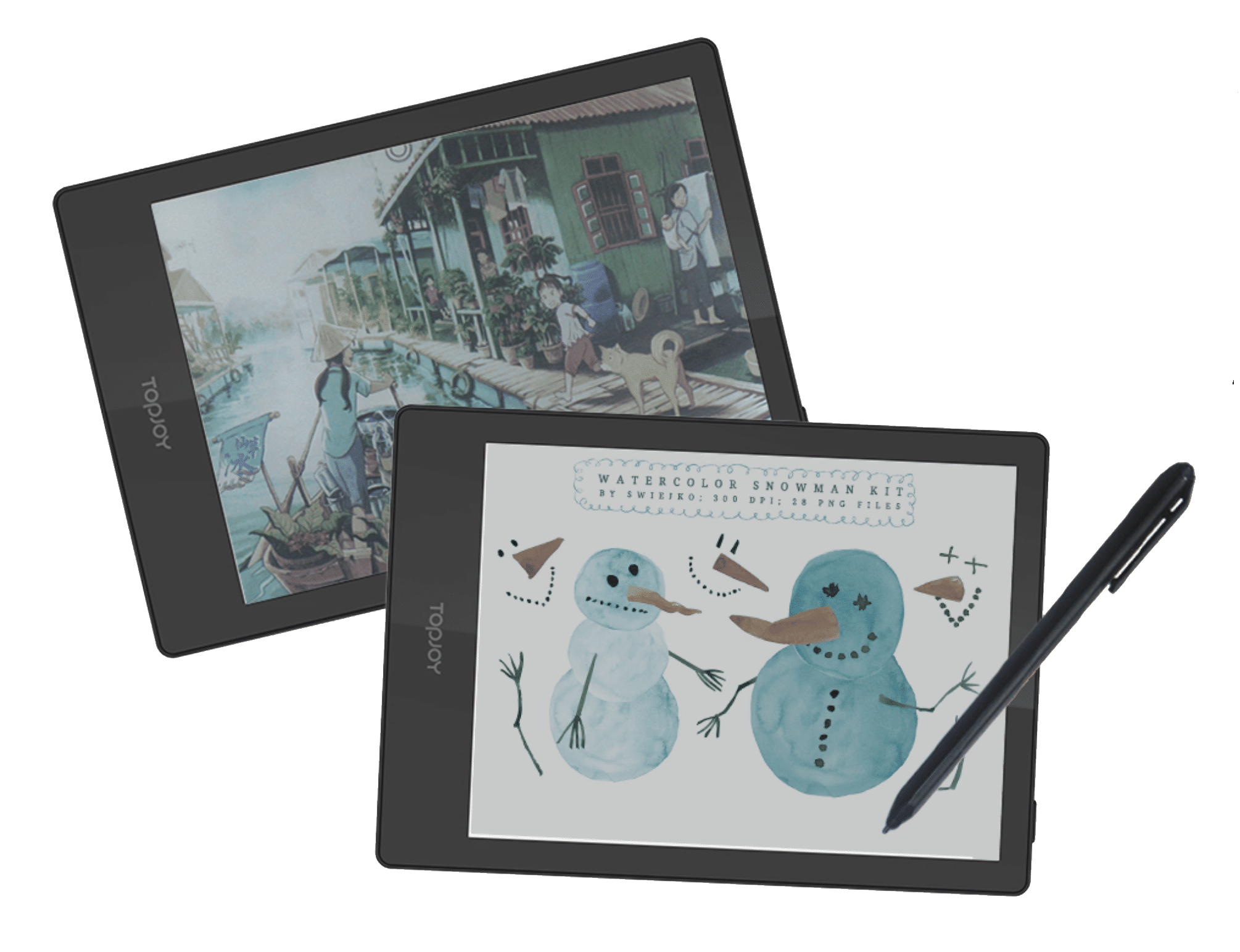 There is a new product that is going to be shipping this November, called the Topjoy Butterfly. It is using the same DES Slurry color e-paper that the Reinkstone R1 is employing, which we have extensively reviewed. There is no pricing yet, but it is going to come out this November and there is a signup form on their website to find out more information, the company is also operating a private Facebook Group.

The Topjoy Butterfly has two different models that they will be releasing. One has a 6 inch screen that will be a basic ebook reader and the other has a  7.8 screen that will have EMR layer and come with a stylus, so you can take notes and edit PDF files. They both have a capacitive touchscreen display, that is running DES Slurry E-paper. The devices can switch between black and white mode and color with the UI. The B&W resolution is 300 PPI and 150 PPI for color. They are  both running the same hardware, a 1.8GHz 4 Core processor,  2GB RAM and 32GB of internal storage. There is WIFI, Bluetooth on both models, but the 7.8 has an external speaker, which will be useful for audiobooks, music or podcasts.

TopJoy Butterfly is equipped with the Google Android 11, but does not have an app store. You will be able to sideload in your own apps, or alternative Android markets. There is extensive support for virtually any ebook  format such as EPUP, FB2, MOBI, RTF, PDF, and TXT.

I have reached out to the company to try and get a sense on how much both models will cost and if they will be selling them on their own website or will be engaging in a crowd funding campaign.