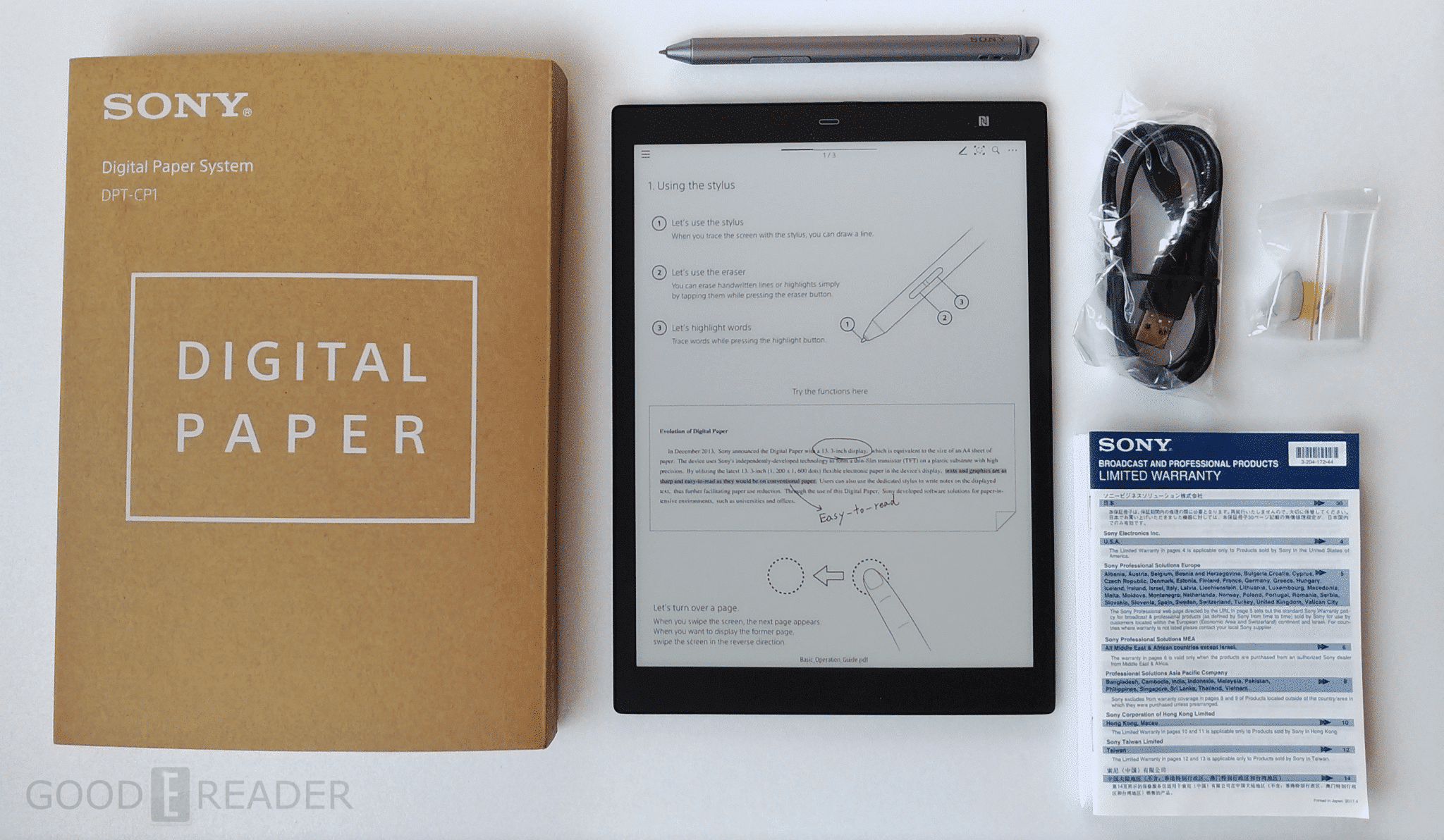 The Sony Digital Paper has been on the market for a number of years and excelled at making digital notes and editing PDF files. The DPT series has always featured a giant 13.3 inch screen that was light as a feather, but was still rather large. The brand new Digital Paper DPT-CP1 has a 10.3 inch screen and is primarily competing against the Onyx Boox Note and Remarkable Writing Slate.

Sony started making consumer grade ebook readers in 2006 and they were the first major company to enter the fray. Over the course of the next decade they would pioneer the front-lit display and a touchscreen. In 2014 they closed their Reader Store in all of the major markets, except Japan. By the end of the year they shuttered their entire division and sold their customers to Kobo.

It was apparent that Sony could not compete in North America and Europe against Amazon and Kobo. They had minimal staff in charge of global e-reader operations and only a handful of people were running the digital bookstore. The hardware and digital business operates on razor thin margins, something Sony could not do.

Sony pivoted away from selling consumer products and decided they still wanted to do something with E-Ink. They developed the Digital Paper, the first digital note taking device that used epaper.  Little did Sony know that they just created an entirely new product line and many other companies followed suit.

This is our unboxing video of the Sony Digital Paper DPT-CP1, their first 10.3 inch model. Peter will give you his impressions on the industrial design and how it looks from a user perspective. You will get a sense on what are the key features and what it brings to the table. You can purchase this product worldwide from our Store. Later this month we will be writing a full and comprehensive review.