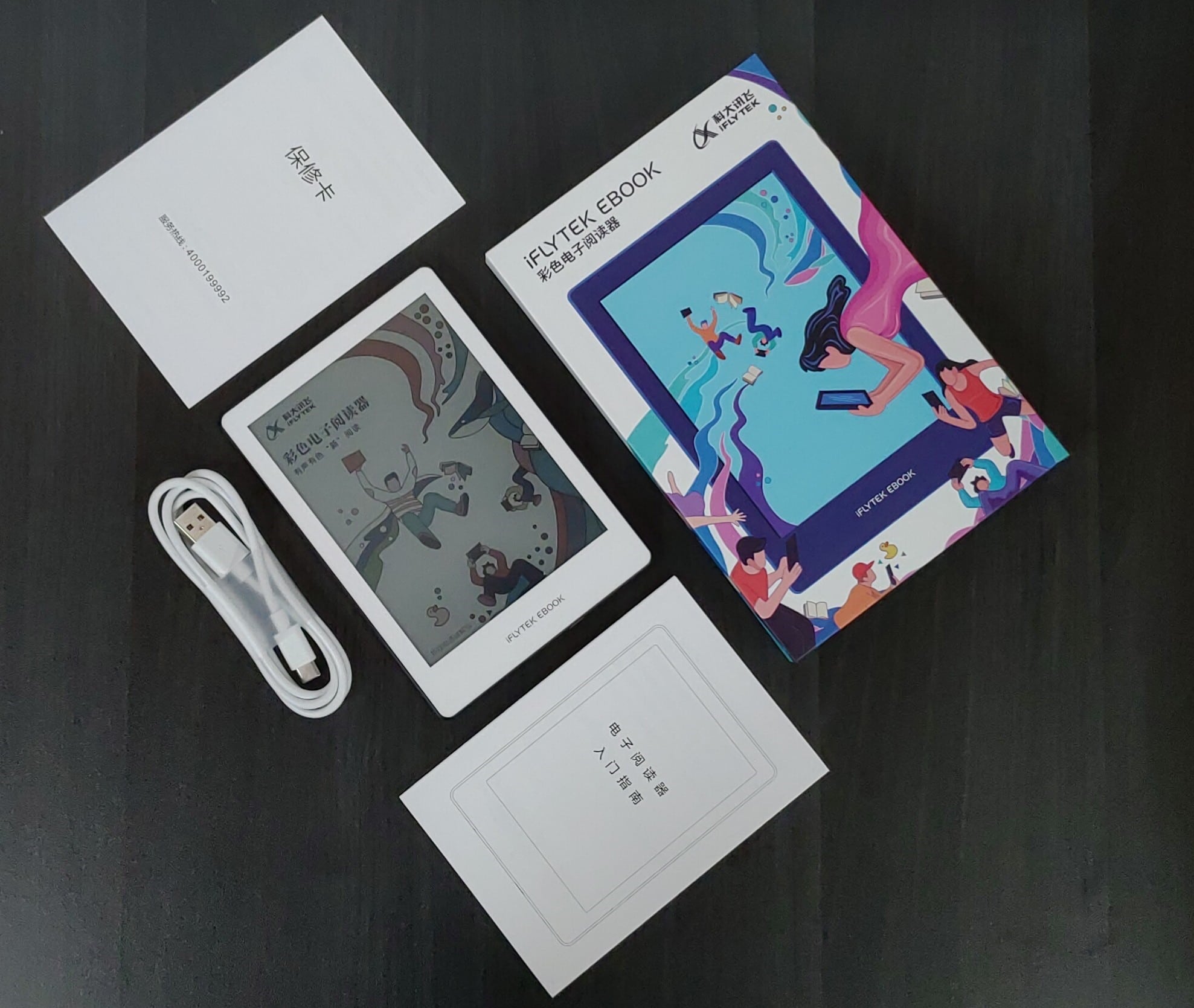 The mythical iFlytek C1 has been in production for around six months and many people doubted that the e-reader would ever be released. It is finally available and this is the first Color E INK device that has a glass based screen, that is flush with the bezel.  The Pocketbook Color, Onyx Boox Poke 2 Color, iReader C6 all have sunken screens.

The iFlytek Color e-Reader C1 features a 6 inch E INK Kaleido display with 300 PPI and 100 PPI for color. You will be able to read in the dark via their front-lit display system, that packs a whopping 24 LED lights. It has 4,096 colors, which will make manga, comics and other materials shine, it is employing the same technology as the Pocketbook Color.

Everything is quicker on this device since it has a quad core processor, 1GB of RAM and 16GB of internal storage. You can connect up the device to your PC via USB-C and also charge the unit. It has an internet browser that you can connect to via WIFI. You can listen to audiobooks via the rear speaker and also plugin a pair of headphones, since it has Bluetooth 4.1. There is an advanced TTS engine that can read ebooks aloud, there is also a microphone. The OS is Google Android 8.1 and sideloading apps is a possibility. You need a Migu or Wechat account in order to set this up, it is primarily available in China, but does have English firmware.

The iFlytek Ebook C1 has some of the best retail packing we have ever seen. There is a kaleidoscope of colors on the front of the box, symbolizing that this e-reader can display colors. Cartoon pictures of people using the device are all over the box art.  It has a glorious picture of the e-reader on the front of the box, along with the model name and the model name is also on the sides. The back of the box is plain white, primarily has just regulatory information and UPC codes.

When you open the box for the first time, the e-reader is sitting on a cardboard tray, encased in a static proof bag. There is a quick start guide, that has a combination of tech specs and instructions, along with a two page quality and control guide, both of which are entirely in Chinese.  There is also a USB-C cable, but no wall charger.

The front of the iFlytek ebook is white, with royal blue accents on the side, and the back platting is royal blue. There is a speaker on the back, for TTS, music or audiobooks. Bluetooth is available so you can connect up a pair of headphones or a wireless speaker too. No buttons of any kind are on the device, everything is software driven. On the bottom of the e-reader is a USB-C port, power button and microphone.

This e-reader is exclusively available from the Good e-Reader Store for $319.99.