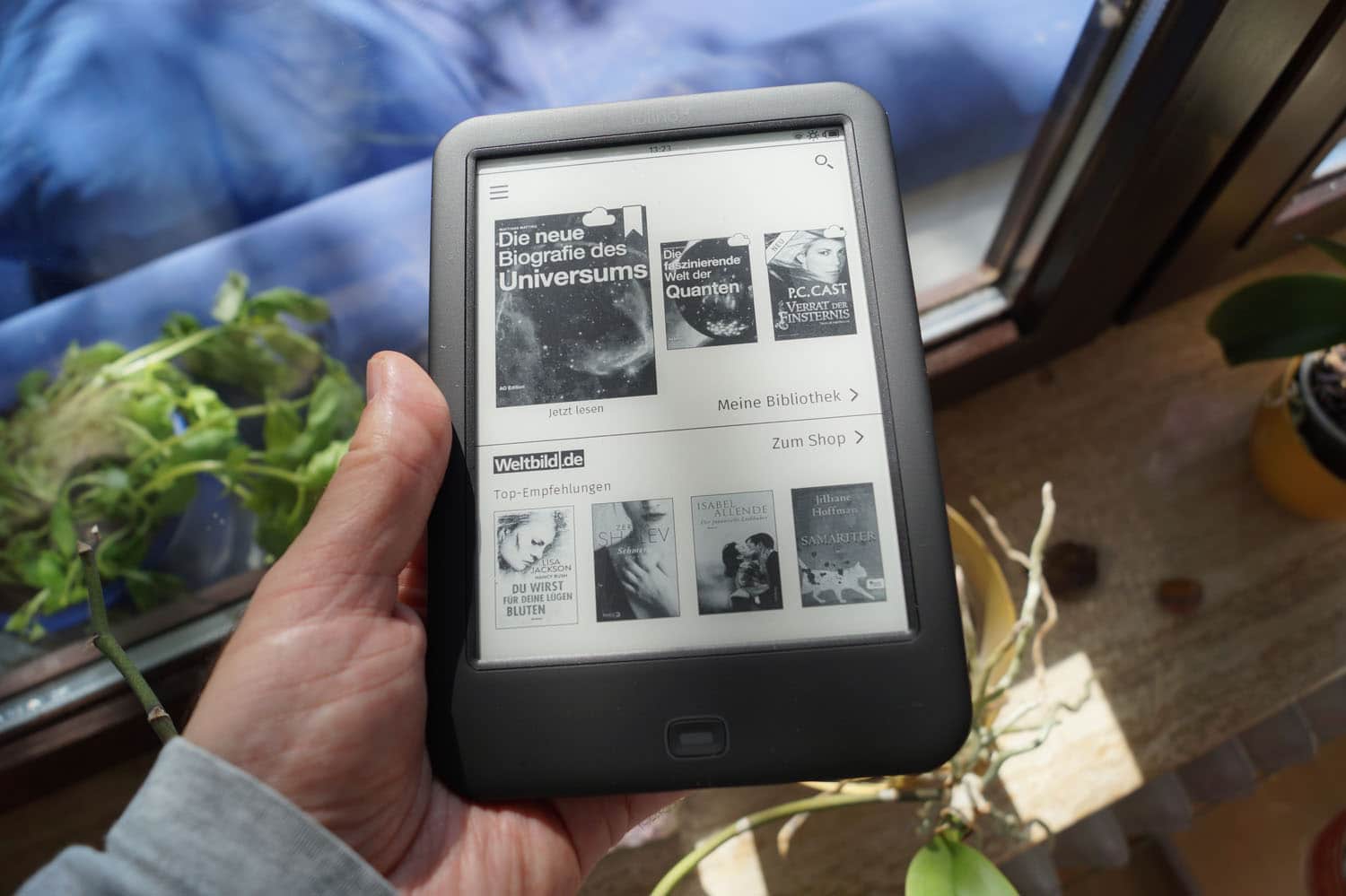 The Tolino Shine 2 HD is perfect for people who are on a budget, but still want a really solid e-Reader. This device features a six inch e-Ink Carta display with a resolution of 1440 by 1080 and has 300 PPI. The screen brightness and clarity is the exact same as the Kindle Voyage or the Tolino Vision 3 HD. The only difference with this model is that the screen is sunken, whereas the other two are flush with the bezel.

The Shine 2 HD is powered by a Freescale 1 GHZ processor and employs 512 MB of RAM. There is 4 GB of internal storage, with an additional 25 GB of cloud storage to house your entire e-book collection.

I think this e-reader is very solid if you speak German because you can access the online bookstore anywhere in the world. If you live in Austria, Germany or Switzerland the bookstore optimizes itself, so local writers are well promoted.

In the unboxing video below we show you everything that comes in the box and power it on for the first time. Additionally, Michael and Peter will give you a sense of the UI and what you can expect in the first five minutes of usage.