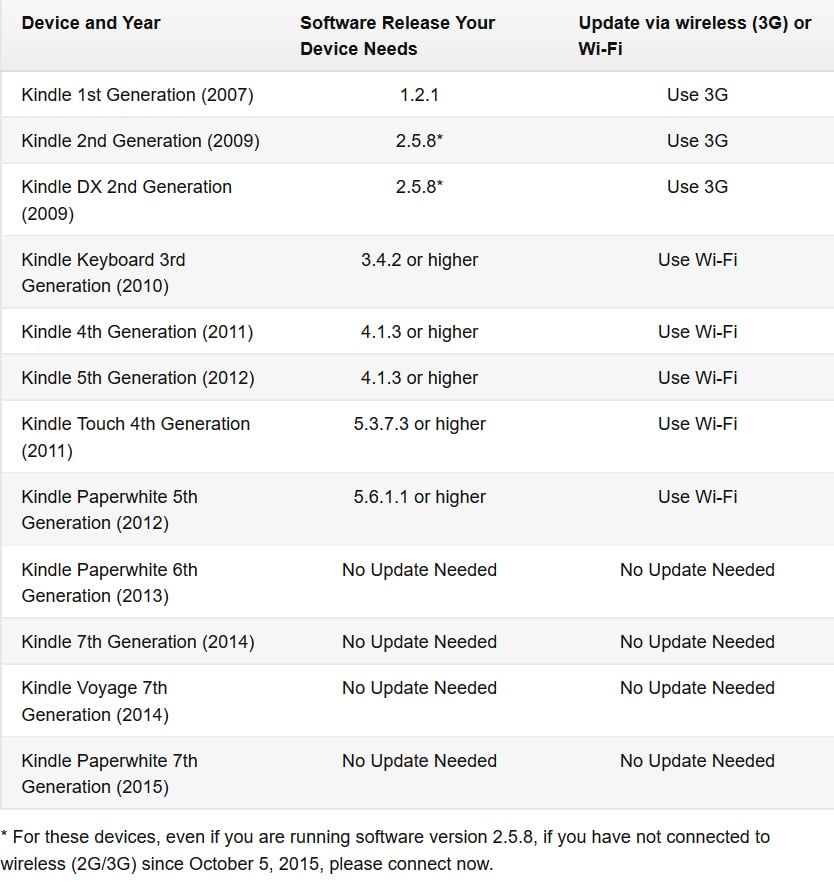 Amazon is forcing users to upgrade their Kindles or you will not be able to download Kindle books from the Cloud, access the Kindle Store, and use other Kindle services on their device. This upgrade is mandatory for every single Kindle e-reader Amazon has released from 2007 to 2012.

Amazon is upgrading their security certificates, which changes the way the Kindle communicates with the Amazon server. You will have to connect to the internet and automatically download the latest patch by March 22, or you will be cut off.

I think its very important that if you know someone who has an older Kindle to tell them to download the latest update via WIFI. If they do not do it by March 22, 2016 they will have to manually update the firmware.