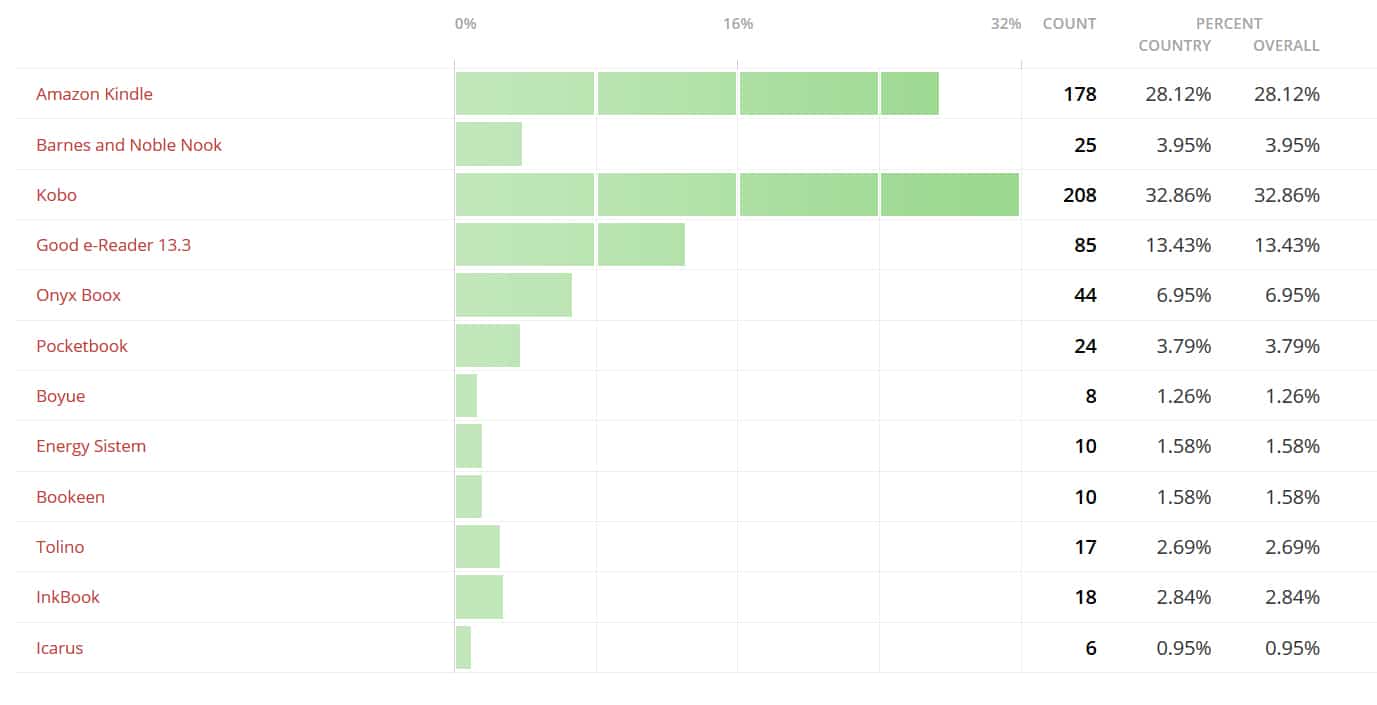 Three weeks ago we wanted to know what e-reader brand will you buy next? 633 people weighed in and we now have some comprehensive data on what e-book readers are resonating the most with our Good e-Reader audience. Some of the results are very surprising.

Kobo managed to take the top spot with 32.86% of the vote. The Toronto based e-reader company managed to beat out the Amazon Kindle which was narrowly in second place with 28.12%.

I think there are a few reasons why Kobo won the popular vote. Their devices are in more retail settings in Canada and Overseas. You can walk into most bookstores in Europe and find one of their newer devices in the tech area. They are impulse buys, whereas Amazon is primarily sold online and its a challenge to play with one before you make a purchasing decision.

Kobo also plays nicely with most other e-book formats, since their complete line of devices can read EPUB. Additionally, they have one of the few waterproof devices on the market.

In third place is the Good e-Reader 13.3 with 13.43% of the popular vote. This is our companies first commercial large screen reader and gives you the ability to take notes, make highlights, read e-books and install your own apps.

What is most surprising is how far Barnes and Noble has fallen. In years past their e-reader devices were very popular in the US, but they only managed to attain 3.95% of the vote. Maybe this is because they tend to only release a new e-ink device every few years and they are only selling them in the United States.