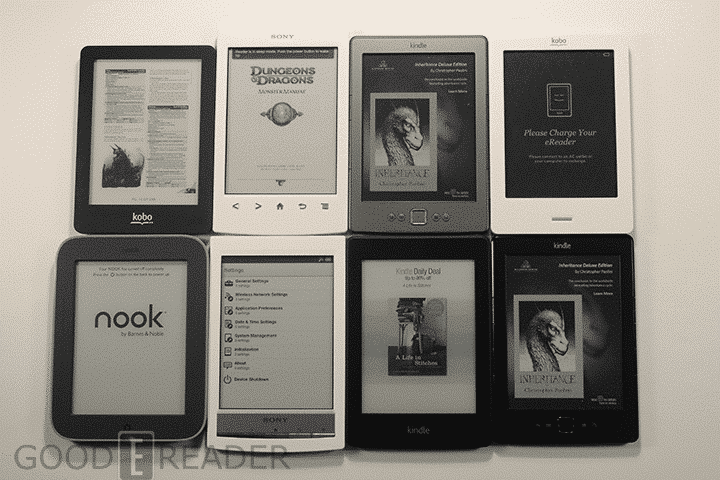 E-Readers have been around for at least fifteen years, the Rocket was the original and Sony got into the game soon thereafter. In 2007 Amazon released the 1st generation Kindle and this was the first model that allowed users to purchase e-books right on the device. In the ensuing years Barnes and Noble, Kobo, Onyx, Pocketbook and other brands entered the fray. There were some early risk takers in the sector, such as the dual screen Encourage Edge and the bendable Wexler Flex One.

What was the best e-reader ever made? First we have to define what an e-reader actually is. There are many journalists who think just because you can read ebooks on it, it is an e-reader. This is faulty logic, an iPad is not an e-reader, nor the Samsung Galaxy smartphone. An e-reader utilizes e-paper such as E Ink and does not have a backlit screen. This makes it easy to read in the sunlight and is the closest you can get to real paper.

Over the years there were a series of e-readers that become really popular for a time. The Barnes and Noble Simple Touch, Sony PRS-650, Kindle Touch and the Kobo H2O are some examples. Ectaco made the first color e-reader using E Ink Triton and Amazon made the first large screen e-reader, the Kindle DX.

What is the best e-reader ever made? Drop a comment below.